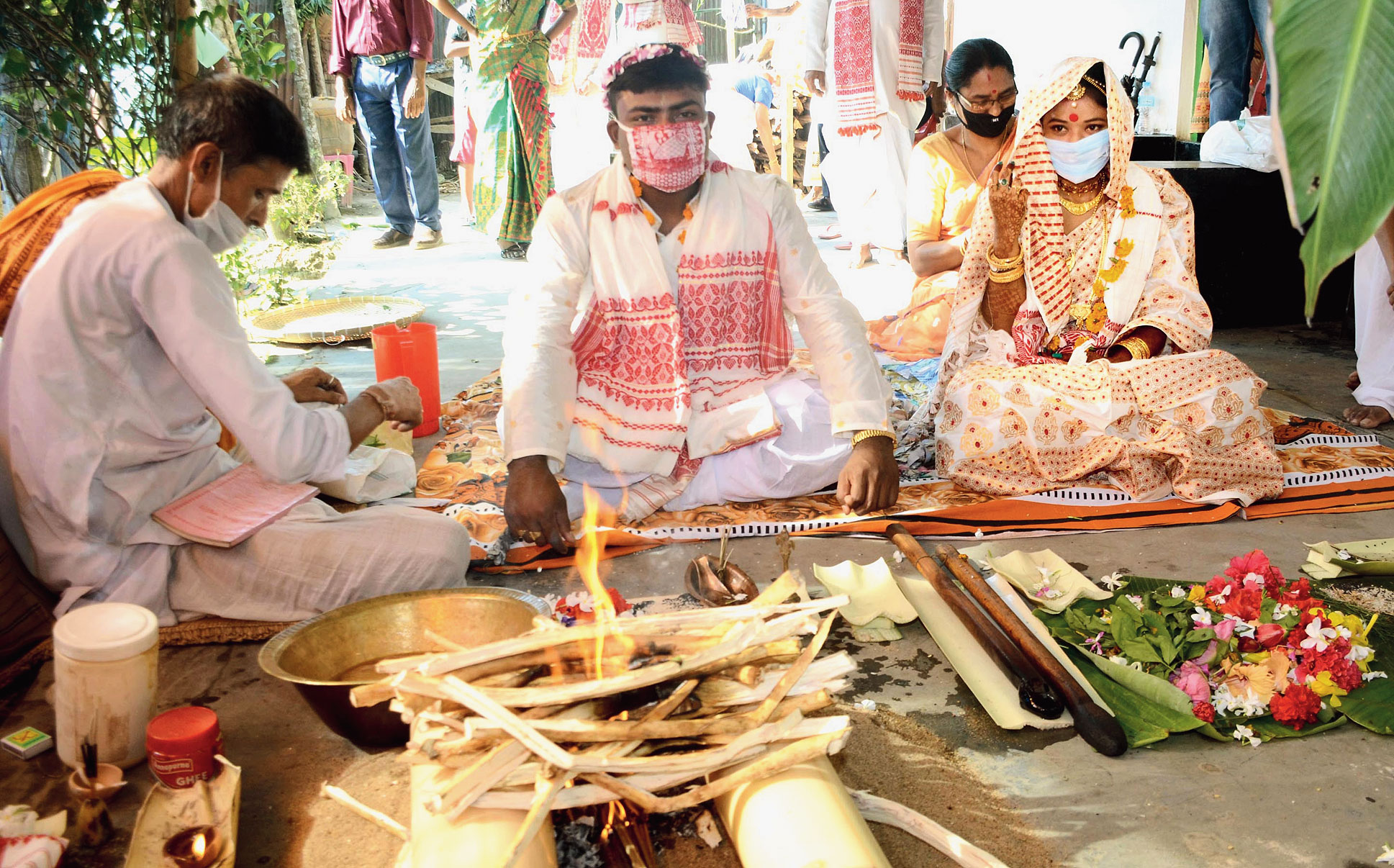 A couple wear masks during their wedding ceremony as a preventive measure against Covid-19 at Bishnupur in Nagaon of Assam on Sunday.
Picture by UB Photos
Hiranya Barman   |   Guwahati   |   Published 03.05.20, 11:23 PM

The Guwahati Municipal Corporation (GMC) has distributed items recovered during eviction drive against unauthorised vendors over the past one month.

The items recovered by the veterinary branch of the GMC were handed over to social organisations and institutions.

The GMC has also collected Rs 79,000 from fines slapped on offenders.

GMC commissioner Devajyoti Hazarika said that the corporation checked social-distancing norms, adherence to price lists put up outside shops, maintenance of hygiene, among other things, during the drive.

He said such drives would continue.

The Indian Council of Child Welfare got 30kg chicken and Snehalaya, an orphanage, got 45kg chicken on April 25.

Nirmalashray, a night shelter for women, received 30kg chicken, 110kg of vegetables and 30kg fish recovered from unauthorised shops, from the eviction drive on April 26.