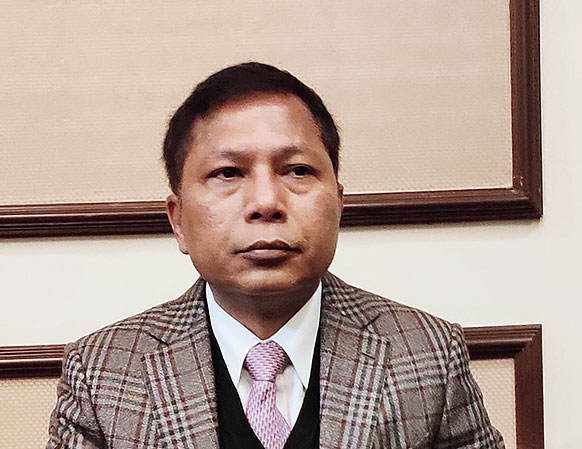 Leader of the Opposition Mukul M. Sangma has asked the Meghalaya government to undertake a massive awareness campaign on Covid-19 while appreciating the efforts of the Assam government in containing the spread of the virus.

Addressing a virtual press conference here on Thursday, the former chief minister expressed concern over the lack of understanding about the virus. However, he also said there was no complete knowledge as yet about the virus.

“We need to reach out to the people and the government has to communicate,” Mukul, who is a medical professional himself, said.

He pointed out that the government should utilise the lockdown period to spread awareness. “There are reasons to believe that people are yet to fully know the mode of transmission of the virus and other related issues,” he said.

The lack of awareness, he said, was manifested in Wednesday’s incident where people in two different places denied a place for burial/cremation of the mortal remains of the state’s first Covid-19 victim.

“There’s general panic and apprehension. If this continues, it will only cripple us in our war against the virus,” he said. He reiterated that it was required to reach out to all and pass on realistic and scientific information.

He pointed out that Wednesday’s incident showed that the state was still in the preparation stage, and not the mitigation stage.

He suggested that the quarantine period should at least be for 40 days, and said the prescription of 14 days was not enough.

On the source of transmission of the virus to the first Covid-19 victim, he said the government has to look for various sources, including silent carriers.

The former chief minister asked the government to address the concerns faced by frontline workers. Appealing against stigmatising frontline workers and patients, he said virus does not differentiate.

Mukul said currently there was no transparency in the system and many doctors were not in the know about various aspects on issues related to Covid-19.

“We appreciate how the Assam government is dealing with the situation. We must give credit as it has been able to contain (the spread of the virus) to a great extent,” he added. Mukul appealed to the Meghalaya government to take corrective measures now and to prepare the state with a robust system. “Identify the shortfalls, and attend to them appropriately,” he added.

Neighbouring Assam has the highest number of cases in the region — 32, but seems well-equipped compared to the other northeastern states to deal with the pandemic, if one goes by the infrastructure it has created or trying to create.

Assam was the first state in the region to build a 1,000-bed quarantine centre, increased its intensive care units to around 200. According to Assam health minister Himanta Biswa Sarma, it is the only state in the country to import 50,000 PPE kits from China so it could have a stock of at least two lakh kits for frontline health workers.