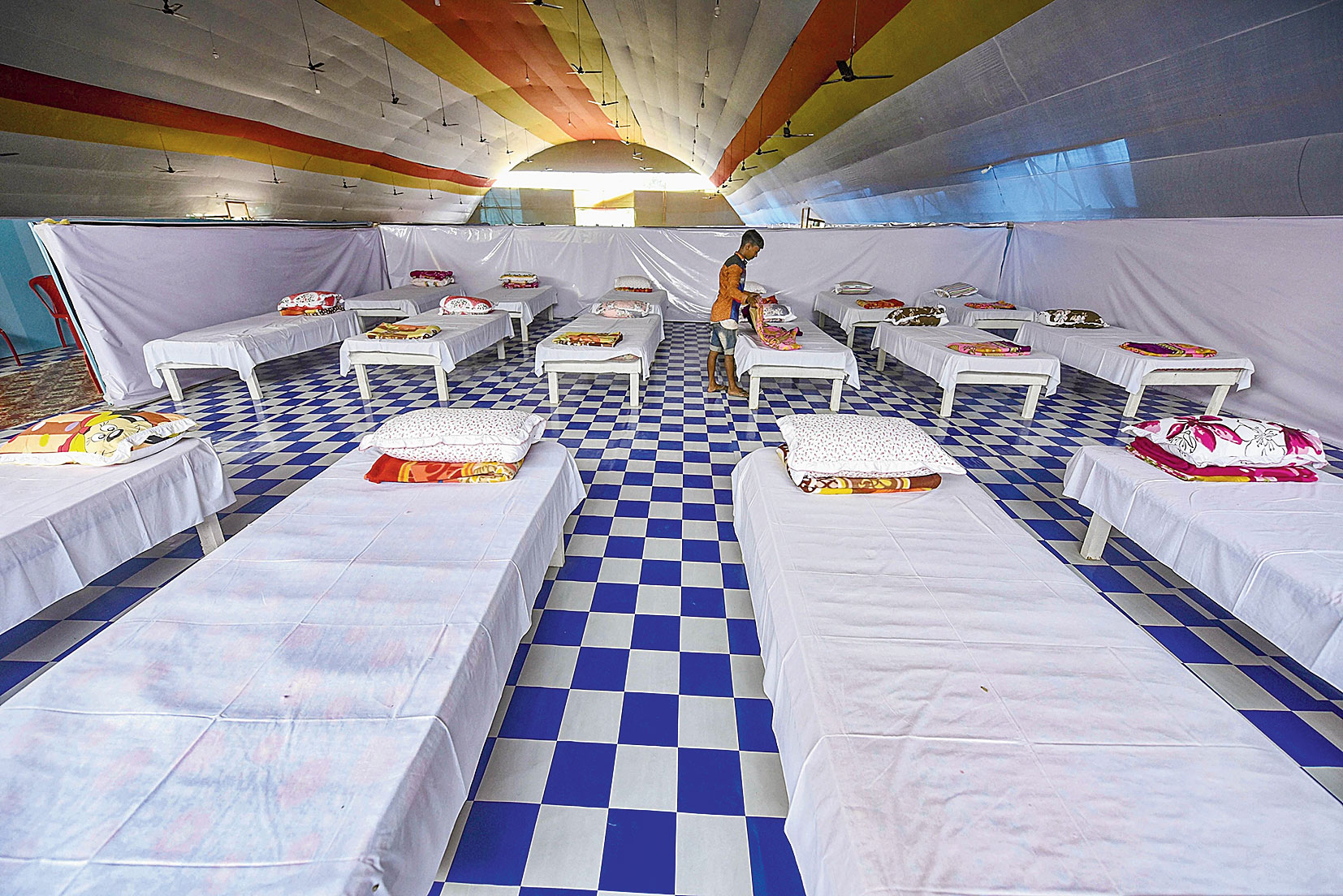 Assam health minister Himanta Biswa Sarma on Wednesday warned that he would have to declare the Sarusajai stadium quarantine centre a “temporary jail” if the inmates insist on leaving without a doctor’s permission.

Sarma said this after visiting the quarantine centre in the morning following inmates’ complaints that they were allegedly not being provided proper food and not being allowed to leave even after completion of their 14-day isolation period. Some had aired their grievances on Facebook, he added.

The minister interacted with the inmates about their grievances and told them that they could not leave until the doctors discharged them after finding them medically fit. “Nobody will be allowed to leave without a doctor’s permission. If they don’t cooperate and continue with their Facebook protest, we will be forced to declare the quarantine centre a temporary jail under the Disaster Management Act and they will have to stay there for three months without bail,” Sarma said.

The minister told the inmates, “We have not kept you here without a reason. We are here to help you, to keep you safe from the virus, to save Assam.”

Sarma, during his routine media briefing, announced relief to those stranded within the state because of the nationwide lockdown.

He said the government had decided to allow inter-district movement for three days from April 25 in accordance with the guidelines of the Union ministry of home affairs. Besides, those who wish to commute will have to take permission from the deputy commissioners.

The announcement came in the wake of the state’s improvement in the Covid-19 scenario as no positive case has been detected over the last seven days and 19 patients, out of the 34 positive cases reported in the state so far, have been discharged. The state has 14 active cases at present, he said. One patient had died.

Sarma said the government had, only on humanitarian grounds, decided to allow inter-district movement from April 25-27 so that the stranded people could reach their homes or workplace. “The people will be allowed to commute to their respective places and workplaces by strictly following the MHA guidelines. Since there might be a huge number of people stuck inside the state too, priority will be given to students, elders, women and government employees.”

He said every request for intra-state travel would be cross-checked and the deputy commissioners of the particular districts would take the final call based on the merit of the requests and urgency of the individual.

A list of WhatsApp numbers and email addresses for acquiring e-passes has also been released by the government. “Those who have their own vehicles and got stuck in different districts due to the lockdown will be allowed a one-time home-bound travel only after approval of the district administrations. They too have to apply for e-passes. In case a certain district has a large number of people stranded, then the authority will allow the travel batch-wise.”

Owners of industries like brick kilns will be allowed to bring labourers to factories but only for one time and after following the due process. Besides, only 25 people will be allowed in one truck or other large vehicles, Sarma said.

Assam State Transport Corporation (ASTC) buses will be arranged during this period for those without any vehicle or means of transport. The government will also arrange ASTC buses on designated routes for such people. Priority will be given to students, women and senior citizens.

Assam has so far tested 5,789 samples for coronavirus, including samples from Meghalaya, Mizoram and Nagaland. Lockdown violation continued in several parts of the state, including the city. Over 2,059 people were arrested and 17,268 vehicles detained till Wednesday evening.