A senior NFR official said they recovered contraband items like foreign made cigarette, cannabis and a species of tortoise 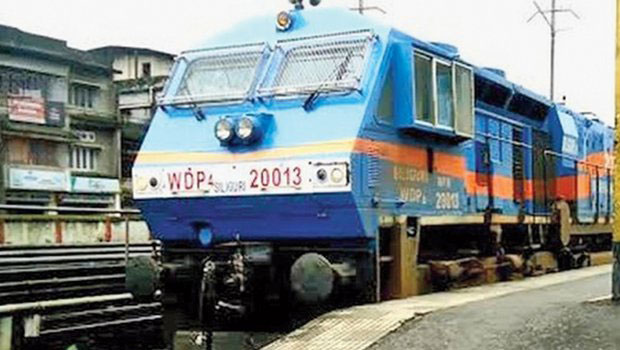 A senior official of NFR said on Tuesday recovered contraband items like foreign made cigarette and cannabis valued at around Rs 20.01 lakh and a rare species of tortoise during routine checks at station and in trains during the period and apprehended the person smuggling the tortoise.

In another incident, a team of RPF conducted checking at Guwahati railway station on November 27 and recovered 800 packets of foreign made cigarette valued at about Rs 16 lakh.

The recovered contrabands were handed over to assistant commissioner of customs division, Guwahati, for further disposal, the official added.

In separate operation on November 27 during a raid at Arunachal Express from Rangapara north to Rangiya, 54kg cannabis valued at Rs 2.16 lakh were recovered.

In another case on November 26, during a raid at Katihar-Malda Court Passenger between Kumedpur and Harishchandrapur railway stations, a person with a rare species of tortoise weighing about 8kg, was apprehended.

Later, the tortoise and the person were handed over to forest range officer, Malda, in Bengal.

In another raid on December 7, RPF of Agartala conducted a check in train at Habibganj-Agartala Special at Agartala railway station and recovered 12kg cannabis valued at about Rs 72,000.

In another check at New Tinsukia-SBC Express at Lumding, 6kg cannabis valued at about Rs 36,000 were seized.

The recovered contraband was later handed over to the excise department for further action.

On December 9, RPF personnel of Katihar jointly with officials of excise department conducted a drive at Katihar railway station and recovered contraband liquor valued about Rs 5,100.

Katihar station is in Bihar which is a dry state.

The RPF also rescued as many as 72 minors during the period from different stations and trains and handed over them to their guardians or NGOs.