The results threw up a hung house with the party winning 12 of the 29 seats, the NPP 11, the BJP 2, the Garo National Council (GNC) one and Independents three seats 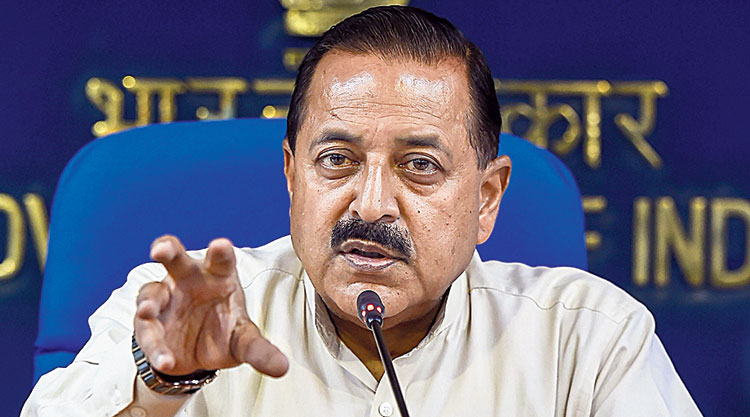 The Congress on Thursday emerged as the single largest party in the Garo Hills Autonomous District Council polls in Meghalaya but it may not be enough to check the ruling National People’s Party (NPP) from forming the next council with help of the BJP and Independents.

The Garo Hills council election results threw up a hung house with the Congress winning 12 of the 29 seats, the NPP 11, the BJP 2, the Garo National Council (GNC) one and Independents three seats. The Congress had contested all the 29 seats like the NPP while the BJP had contested 21 and the United Democratic Party (UDP) eight seats.

Though senior Congress leader and former chief minister Mukul Sangma exuded confidence of forming the next council, NPP general secretary B. Sangma told The Telegraph that the BJP, the GNC and the Independents have already extended support to his party. The BJP is part of the NPPled state government.

The BJP improved from one seat in 2015 to two in 2021, senior BJP leader A.L. Hek told this newspaper. “The results are very encouraging and we have a good chance of winning 810 seats in the next Assembly polls. Garo Hills have 24 seats,” he said.

Bernard Marak, sources said, is in the running for the deputy chief executive member’s post in the council.

The results, however, are a wakeup call for the NPP before the 2023 Assembly polls, party insiders said, while pointing to its defeat in the prestigious Tura seat and the loss of the incumbent chief executive member Dipul Marak to an Independent candidate Arbinestone Marak.

The Garo Hills council, which covers five districts, is considered an NPP bastion while Tura is the home turf of Meghalaya chief minister Conrad Sangma who had also campaigned for Dipul.

“We may form the council but we need to do serious introspection on why we lost and the BJP’s win in Tura. The BJP had made corruption a key poll plank. We were ruling the council and we are ruling the state. Garo Hills is where our strength lies,” one of the NPP insiders said.

The NPP was ruling the council before it came under governor’s rule following the expiry of its term and polls could not be held because of the Covid19 situation.

Elections were finally held on Monday, registering a turnout of nearly 70 per cent. The Congress had lost the Garo Hills council after the NPP came to power in 2018 following a crossover by most of its members.

If the NPP forms the council, this will be the second time since 2018 that the ruling party would have beaten the Congress in stitching up postpoll alliances.

The Congress had failed to form the government despite emerging as the single largest party in the 2018 Assembly polls with 21 MLAs in the 60member House. The NPP cobbled up a majority with the UDP, the BJP, the People’s Democratic Front, the Hill State People’s Democratic Party and Independents to stake claim and lead the state government.

“We respect the people’s mandate. We were expecting to cross the halfway mark but this has been the trend in the past elections too. There was strong antiincumbency against the NPPled council. As a party we need to look into our performance moving forward,” chief minister and NPP national president Conrad said on Thursday evening.

“We are hopeful of forming the council… we are in talks with others but the verdict has also sent a message that we need to strengthen our organisation before the next polls,” Conrad said.

Mukul Sangma said the Congress was also confident of forming the next council and will soon stake claim as the single largest party.

All eyes are now on governor Satya Pal Malik as he will decide which party gets the first shot at forming the council, political watchers said.