They raised slogans against Sonowal, Sarma and the BJP for not getting the bill scrapped 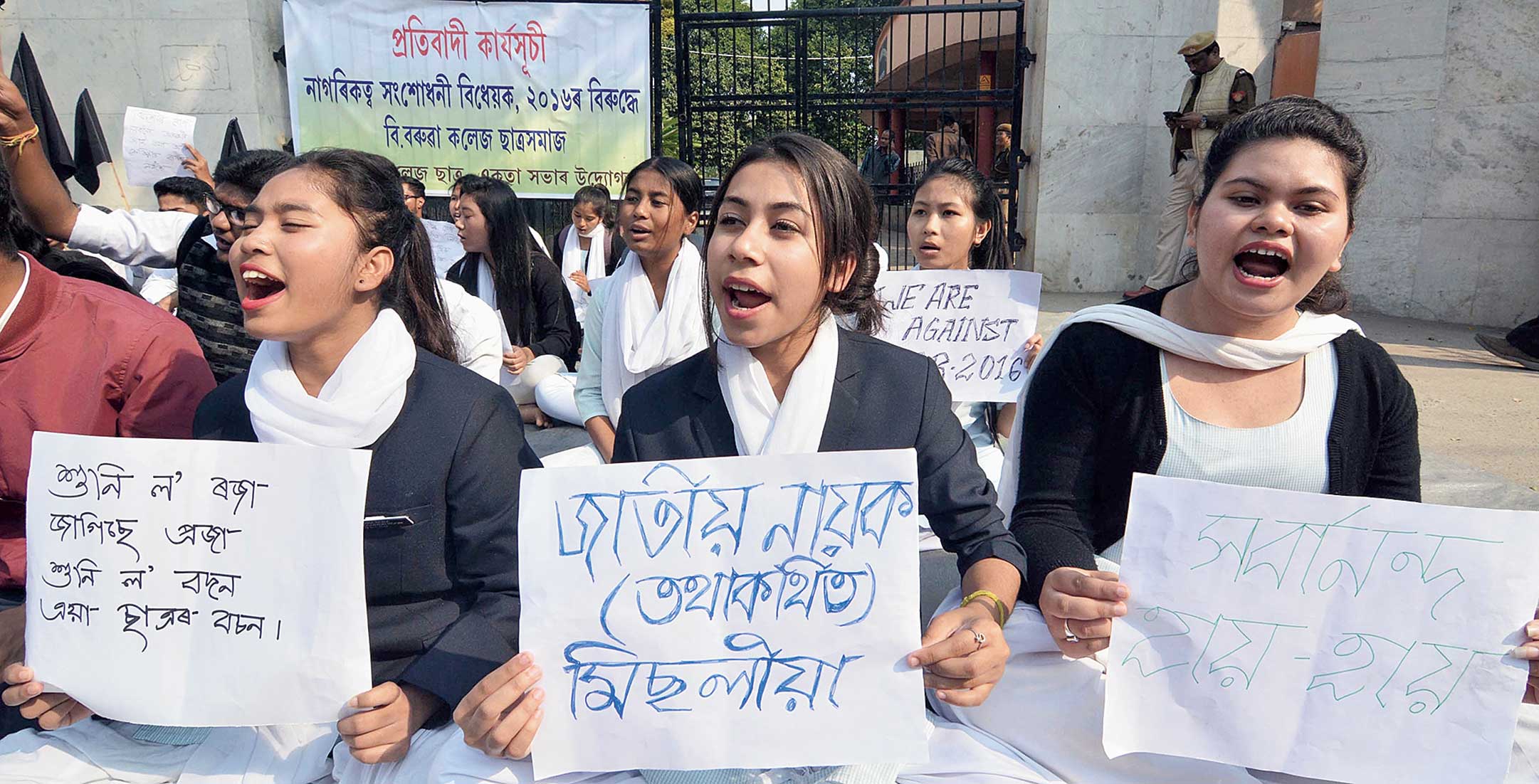 Students of B Borooah College during the protest in Guwahati on Thursday.
Picture by UB Photos
Abinash Kalita And Avik Chakraborty   |   Guwahati   |   Published 10.01.19, 06:45 PM

Hundreds of college and university students in Assam on Thursday hit the streets for the third consecutive day and decided to launch a united statewide students’ forum on January 18 against the Citizenship (Amendment) Bill, 2019.

The students raised slogans such as Sarbananda Sonowal murdabad, Himanta Biswa Sarma murdabad and BJP hai hai for not getting the bill scrapped. Some protesters were taken into custody around 12.30pm for violating Section 144 CrPC but were released around 1pm.

Cotton University Students’ Union general secretary Pranjal Kalita said, “Police thwarted our march today but we will continue our democratic protest till the bill is scrapped. Our boycott of classes will continue. We have also decided to launch a united all-Assam students’ forum against the bill.”

Handique Girls’ College vice-president Anindita Handique said, “We urge all the students to come forward to raise their voices against the bill”.

In Dibrugarh, students from various colleges blocked Thana Charali for an hour and burnt tyres, disrupting traffic. They held placards and banners and raised slogans against the bill. Students from Tinsukia College, Women’s College and Commerce College took out a rally in Dibrugarh town.

Congress Legislature Party leader Debabrata Saikia urged students not to boycott classes as it would adversely affect the state, as it had done during the Assam Agitation.

“I urge students to attend classes and organise protest programmes before and after classes for the greater good of our state,” he said.