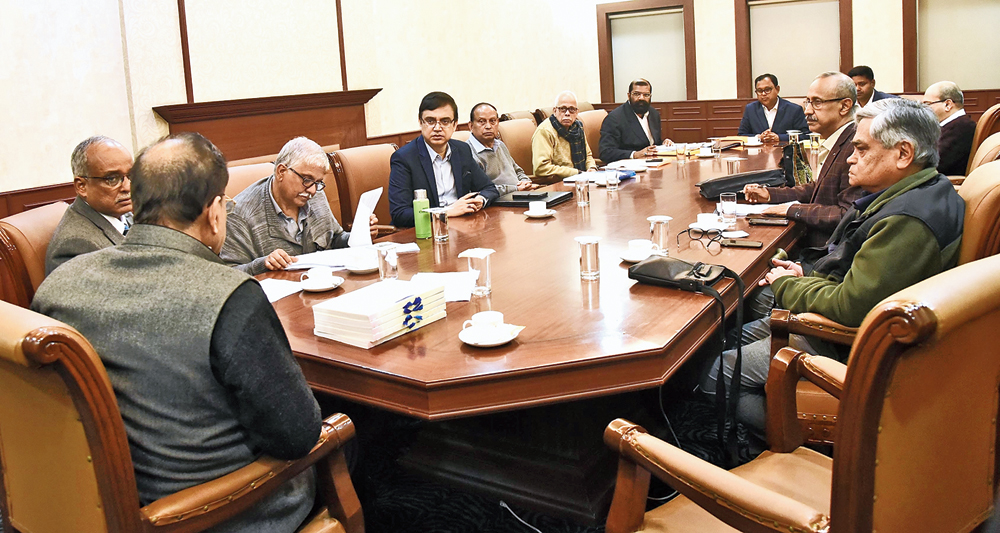 The Centre is likely to hold “few more rounds of discussions” with members of the Assam Accord Clause 6 implementation committee after receiving the final report on February 25.

Assam finance minister Himanta Biswa Sarma on Saturday said the Centre would go through the report first and if needed, hold discussions with the committee to clear doubts.

He added that Assam chief minister Sarbananda Sonowal, in presence of all cabinet ministers of the state, would receive the report by Tuesday noon.

“Since the committee’s engagement will also be necessary while implementing its recommendations, I believe more rounds of discussions between the government and the committee will be held.”

The committee had intimated the Union home ministry about the report’s completion on February 10.

However, with no communication received from the Centre, it was considered Delhi’s “lack of seriousness” by various quarters in implementing Clause 6 of the Assam Accord which envisages constitutional, legislative and administrative measures to safeguard, protect, preserve and promote the cultural, social, linguistic identity and heritage of the Assamese people.

The minister added, “There was no such condition that Union home minister Amit Shah has to accept the report himself. Ultimately, it needs to be sent to Delhi within an hour after the state government receives it on February 25.”

Sarma said the committee first informed the government about the report’s completion on February 10.

During Shah’s visit to Arunachal Pradesh on February 20, the state government apprised him of the development.

Though the report was kept in the “safe custody” of the Assam Accord department here after its completion, speculation was rife that the Centre was reluctant to accept it as the committee and recommended implementing inner-line permit (ILP) in the state. Implementing ILP will automatically keep Assam out of the purview of the Citizenship Amendment Act (CAA).

In the aftermath of a statewide anti-CAA movement, Prime Minister Narendra Modi during his recent visit to Kokrajhar had said that the Centre would secure the constitutional rights of the state’s indigenous people by implementing Clause 6 of the Assam Accord.

“It’s too early to assume the contents of the report. Let the report be received first. Just wait for three more days,” the minister added.