Around 1,500 employees of the paper mill have not got their salaries for the past 2 years 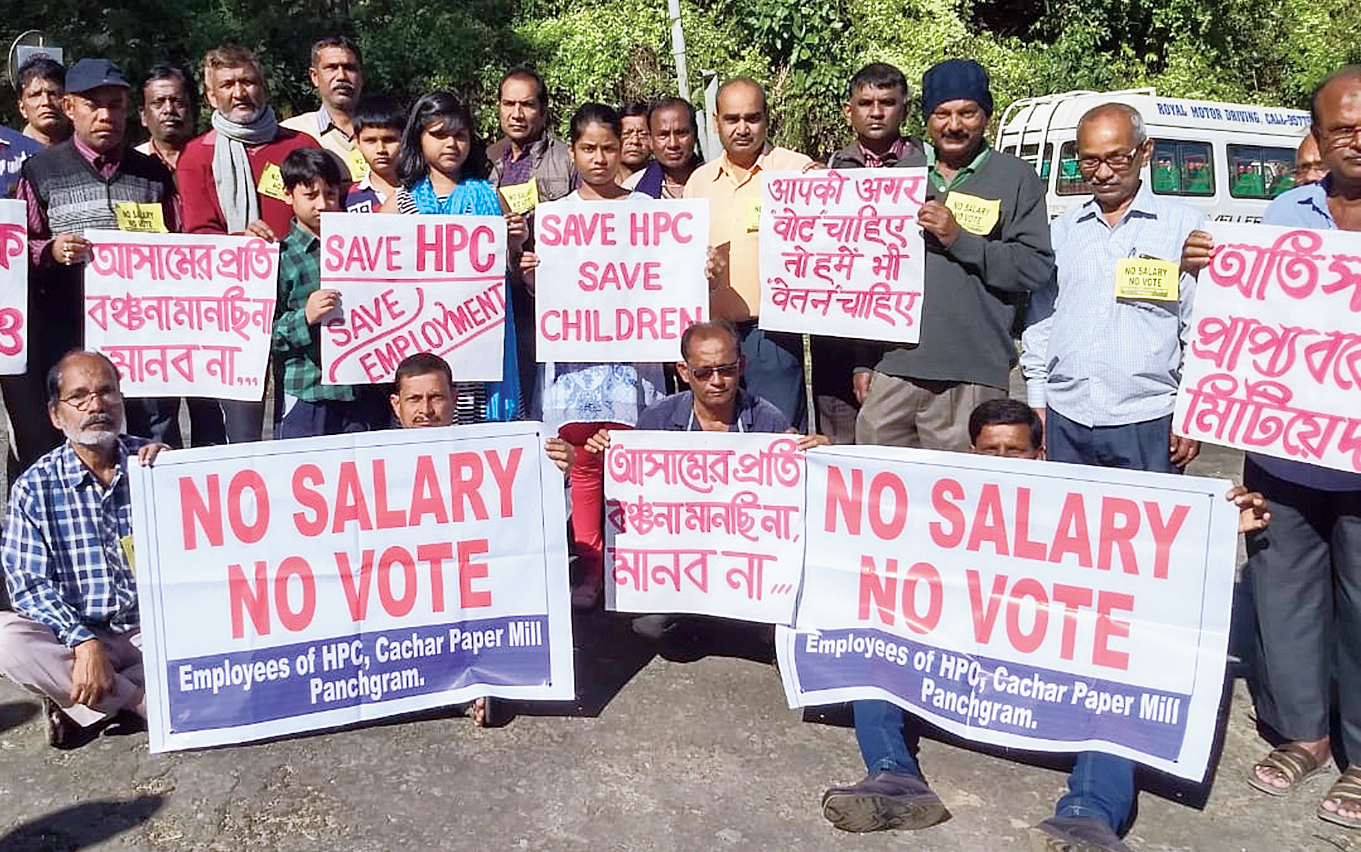 Around 2,000 workers of the defunct Cachar Paper Mill of the Hindustan Paper Corporation and their family members on Sunday abstained from voting in the panchayat elections in protest against the non-payment of salary and alleged negligence of the government to revive the mill.

The protesters, who are from Panchgram gaon panchayat of Hailakandi district, came out with banners and posters in front of the mill on Sunday to inform the government of the reason behind the voting boycott.

“No salary, No vote” was their main slogan.

Around 1,500 employees of the paper mill have not got their salaries for the past two years.

The raw materials such as lime, bamboo and coal worth Rs 100 crore went waste.

Altogether 49 employees of the Cachar Paper Mill of Panchgram in Hailakandi district and Nagaon Paper Mill of Jagiroad in Morigaon district are reported to have died without treatment and of half starvation, the employees alleged.

One of the conveners of the HPC Paper Mills Revival Action Committee, A.R. Mazumdar, said they were bound to take the extreme decision to boycott the polls as both the state and central governments have not shown any interest towards solving the problems of the mill and its employees.

Mazumdar alleged that the Prime Minister announced on March 27, 2016, that the government will revive the mill if voted to power in the state, during an election rally at Kalinagar, around 2km from the mill campus.

Modi also made a similar announcement in another election meeting at Raha on April 8, 2016, he added.

They also organised a 1km human chain from the HPC campus to Dhaleswar point on December 5 during Sonowal’s visit to register their protest.

The employees had also called for a 12-hour Barak Valley bandh on November 22.

The employees and their women family members will visit New Delhi to meet Prime Minister Narendra Modi and seek a written reply from him regarding the revival of the mill. If this fails, they will stage a sit-in at Jantar Mantar in New Delhi.

Tuhina Roy, an employee of the mill, said they were facing extreme difficulties due to the non-payment of salary.

“Running our households has become almost impossible. The education of children, treatment and even payment of premiums of insurance policies has become impossible,” she said.