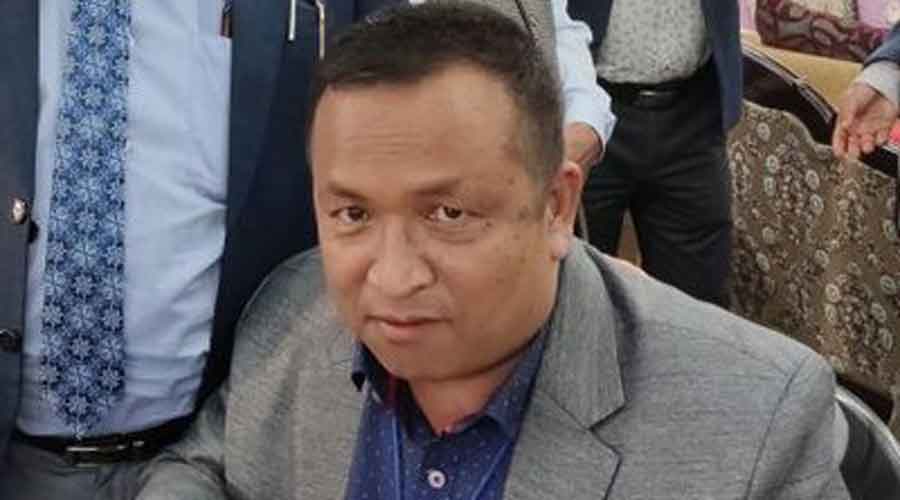 The Assam Police has summoned Mizoram's lone Rajya Sabha MP K Vanlalvena on August 1 for questioning over his alleged “threatening statement” in connection with the Monday violence along the interstate border, and pasted a notice at his Delhi residence.

The Assam Police also said it will take "lawful action" against Vanlalvena who had allegedly made a “threatening” statement over the border clash in which five policemen and a civilian were killed.

Official sources said a team of Assam Police CID, which has arrived in Delhi, visited Vanlalvena's residence and the Mizoram House looking for him without any success.

Sources said Vanlalvena is believed to be avoiding the team. The MP was not available for comments.

Since the Resident Commissioner of Mizoram reportedly refused to receive any notice served on Vanlalvena to join the Assam Police investigation, the CID team pasted the notice on his residence.

“It has come to light that you have given a threatening statement in media targetting civil and police officials in connection with the incident which is a subject matter of investigation.

“Therefore, there are reasonable grounds to question you to ascertain facts and circumstances from you,” the Assam Police notice read.

The Mizoram MP has been asked to appear before the Officer-In-Charge of the Dholai police station in Assam's Cachar district at 11 am on August 1 “without fail”.

Mizo Zirlai Pawl, a Mizo student body, accused the Assam government of “threatening” Vanlalvena, a former president of the outfit.

“He has been conspired, blamed and charged against different criminal cases in connection with the Assam-Mizoram border conflict. Any problem should not happen to him. This is also information to Himanta Biswa Sarma, the CM of Assam,” the MZP said in a written statement.

Sources said police do not require the approval of the Speaker or Rajya Sabha Chairman to record an MP’s statement, but need their permission, as the case may be, before arresting an MP.

Earlier, Special Director General of Assam Police G P Singh had said that a team of the state CID would visit Delhi to take action against Vanlalvena, who is currently in the national capital for attending the ongoing monsoon session of Parliament.

On Wednesday night, Singh has tweeted, @assampolice team including officers of CID are leaving for Delhi to take lawful action relating to conspiracy behind the incident in light of media interview of Rajya Sabha MP Sri K Vanlalvena indicative of his active role in conspiracy.

@assampolice team including officers of CID are leaving for delhi to take lawful action relating to conspiracy behind the incident in light of media interview of Rajya Sabha MP Sri K Vanlalvena indicative of his active role in conspiracy.

The Assam Police is also trying to find out the original recording of Vanlalvena's interview to news channels and plans to examine him on his statements after the clashes.

Speaking outside Parliament Wednesday, Vanlalvena reportedly said, More than 200 policemen entered our territory and they pushed back our policemen from our own posts and they gave firing orders first, before we fired. They are lucky that we didn't kill them all. If they come again, we shall kill them all.

Five Assam Police personnel and a civilian were killed and over 50 others including a superintendent of police were injured when the Mizoram Police opened fire on a team of the Assam officials last Monday.

His tweeted said, @assampolice also announces a reward of INR 5 lacs for information leading to arrest of each of the individuals involved in the barbaric killing of the Assam Police personnel on July 26th 2021,"

The Mizo MP is likely to be shown photographs of the perpetrators when he appears.

It has registered a case of murder, attempt to murder, conspiracy, voluntary causing grievous hurt and under the Arms Act.

On Wednesday, the central had convened a meeting of Chief Secretaries and DGPs of Assam and Mizoram where it was agreed that a neutral central force will be deployed along the disturbed Assam-Mizoram border.

The neutral force will be commanded by a senior officer of the Central Armed Police Force.

Besides, in order to facilitate the functioning of the neutral force, both the governments of Assam and Mizoram will work out arrangements in coordination with the union home ministry within a reasonable time frame, a home ministry official said.