The reaction comes at a time when senior SC advocate Upamanyu Hazarika and AASU's Lurinjyoti Gogoi countered the move, accusing the govt of lacking in sincerity while dealing with issues affecting Assam 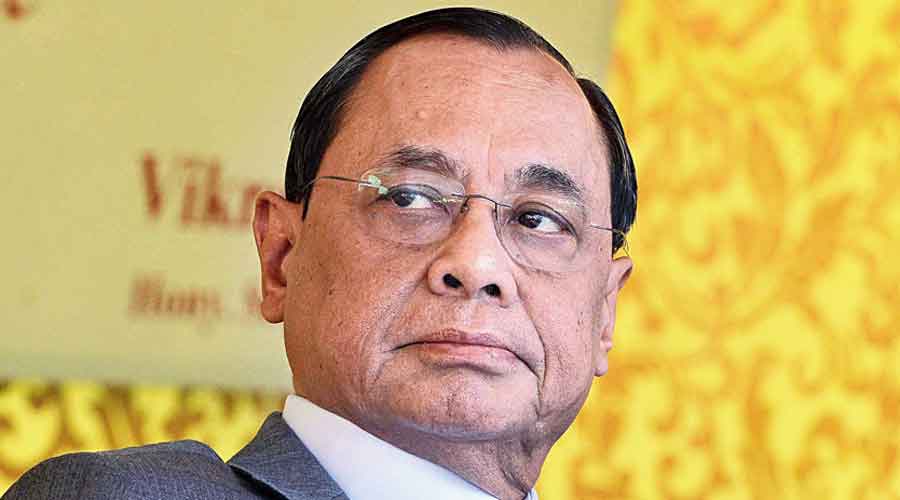 The advocate-general of Arunachal Pradesh suggested the name of former CJI Justice Ranjan Gogoi as one of the candidates for the job
File picture
Umanand Jaiswal   |   Guwahati   |   Published 23.09.20, 12:44 AM

A senior member of the Clause 6 Committee has not only welcomed the Centre’s decision to get the panel report examined by legal experts but has also mooted the names of three legal luminaries for the job.

Nilay Dutta, senior advocate and advocate-general of Arunachal Pradesh, who was part of the 14-member Clause 6 committee set up by the ministry of home affairs last year, told The Telegraph on Tuesday that he welcomed the decision to get the report examined by legal experts but wanted it to be a time-bound process.

“There is finally some movement on the report front after seven months. Der aaye par durust aaye (better late than never) but I hope it doesn’t take another seven months to review the report. Would be happy if the committee is named within a week and the report submitted within a month. The day the report was released by the AASU, I had mooted that let there be a debate. It is happening now,” Dutta said.

Clause 6 of the 1985 Assam Accord, an outcome of the six-year-old Assam Movement against illegal foreigners, provides for constitutional, legislative and administrative safeguards “to protect, preserve and promote the cultural, social, linguistic identity and heritage of the Assamese people”.

The Clause 6 committee submitted its report to the state government on February 25 after “failing” to get an audience with Union home minister Amit Shah in Delhi. However, three members of the All Assam Students’ Union, also members of the committee,  made the report public on August 12 since the government was allegedly sitting on it for about six months.

Dutta, who had participated online in the press meet convened to release the report, wanted the report to be made public “in the interest of transparency and for an informed discussion on the actual recommendations made therein”.

The trio hail from Assam and are well-known names in India’s legal circle.

According to Dutta, the committee’s recommendations such as reservation of seats in Parliament and Assembly and jobs in government sectors will need constitutional amendments but protection of land rights and language and culture can be carried out by the state government.

Dutta’s reaction comes at a time when senior Supreme Court advocate Upamanyu Hazarika and AASU general secretary Lurinjyoti Gogoi, among others, countered the Centre’s move, accusing the government of lacking in sincerity while dealing with issues affecting Assam.

Assam cabinet minister Himanta Biswa Sarma on Sunday said Shah wanted the state government to get the report examined by constitutional experts since it was suggested by the committee to avoid complications in the future.

The need for further legal advice can only be on the mode of implementation of the report and that too from someone like the attorney-general of India, if at all, Hazarika added. “Had the government been sincere, it would have given a timeframe for this expert consultation to be completed just like it had given the committee six months to submit the report,” Hazarika said.

Lurinjyoti said getting the report vetted by legal experts named by the state government was not there in the terms of reference. The report was to be submitted to the ministry of home affairs which would have  taken necessary action for its implementation.

“After we unilaterally released the report in August they are coming up with all kinds of ploy to delay the process. The move to get it examined by legal experts is unfair to the legal experts in the committee. It is an insult to them. The committee was formed to ease pressure generated by the anti-CAA movement in the state last year, not to protect our rights,” Gogoi said.

On the NRC issue, Sarma said that the Centre would help the state government in the Supreme Court if it moves for sample re-verification — 20 per cent in border districts and 10 per cent in remaining districts — of the final NRC published on August 31, 2019. The NRC, a register of Indian citizens, had included 31,121,004 applicants out of the 33,027,661 who had applied in 2015.

Hazarika countered the move to approach the apex court too, saying there was no need to approach the Supreme Court again for re-verification, as after publication of the final list on 31 August, 2019, the power to re-verify and correct entries in the NRC vests in the central government, Registrar-General of India or their delegate, in terms of rules framed in 2003 under the Citizenship Act.