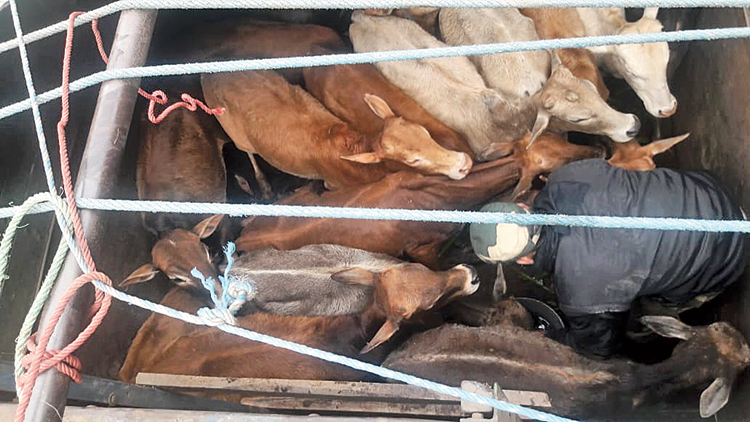 Two Bangladeshi nationals, suspected to be cattle smugglers, were arrested on Wednesday night during a joint operation by BSF and Mankachar police in South Salmara-Mankachar district of lower Assam.

Acting on a tip-off, BSF and Mankachar police started a search at Jhalerchar and Kuk-urmara villages along the international border and arrested two Bangladeshi nationals with three head of cattle.

The duo have been identified as Sahidur Islam, 27, of Kowarchar village, 27, of Chengtapara village, both in Kurigram district of Bangladesh, said Mankachar police station officer-in-charge Binod Das.

During preliminary questioning, the duo admitted they came to India to purchase cattle with the help of Bangladeshi touts, police sources said.

The police also recovered head of cattle from their possession.