The 'successful' rerouting was carried out at around 8.40am and was holding firm till the time of filing this report 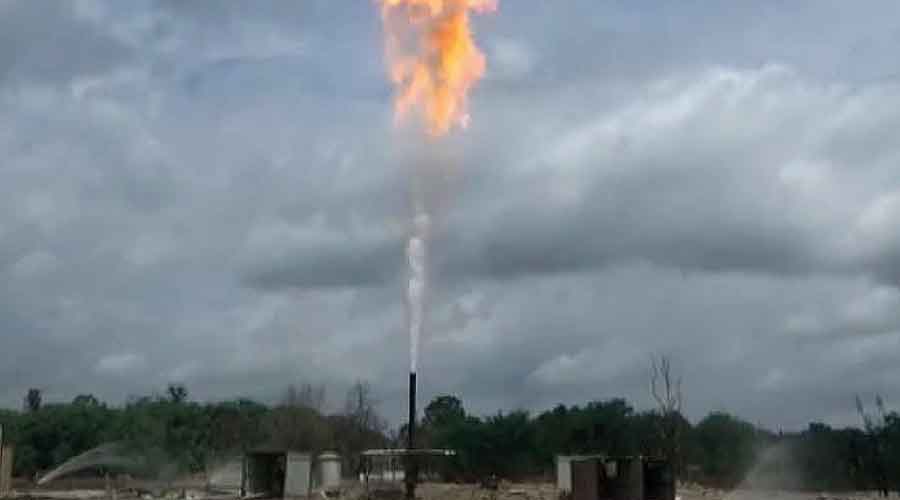 Oil India Limited on Sunday managed to douse the blaze at the gas well in Upper Assam that suffered a blowout on May 7 by diverting the flow of natural gas to nearby flare pits.

The “successful” diversion, a prelude to the killing of the gas well next week, was carried out at around 8.40am and was holding firm till the time of filing this report.

The last attempt to divert the gas to the flare pits lasted about 8 hours because of a “leak”, forcing the experts to call off the operation at the site in Baghjan in Tinsukia district.

After the blowout, the well head had caught fire on June 9, affecting about 8,000 people and the local ecology.

Locals have been staging protest in front of the Tinsukia deputy commissioner’s office for release of compensation and early capping of the well because it was generating of a lot of sound and also triggering tremors within a radius of 2km.

The gas flare-up was also taking a toll on nearby areas.

A senior Oil India official told The Telegraph that the successful diversion has resulted in the substantial fall in pressure at the well head from 4,500 PSI (pound per square inch) to about 2,000 PSI.

“Today’s operation has been successful. The resultant heat has also come down. The flare-up of gas has also substantially come down. Gas has now been diverted to early production setup (EPS) from where it will be sent to the central gathering station from where it will be sent to our end-users. Less pressure and no heat means killing the well be much easier,” the official said.

After three unsuccessful attempts to cap the well, the experts have now shifted to diverting the gas before killing the well.