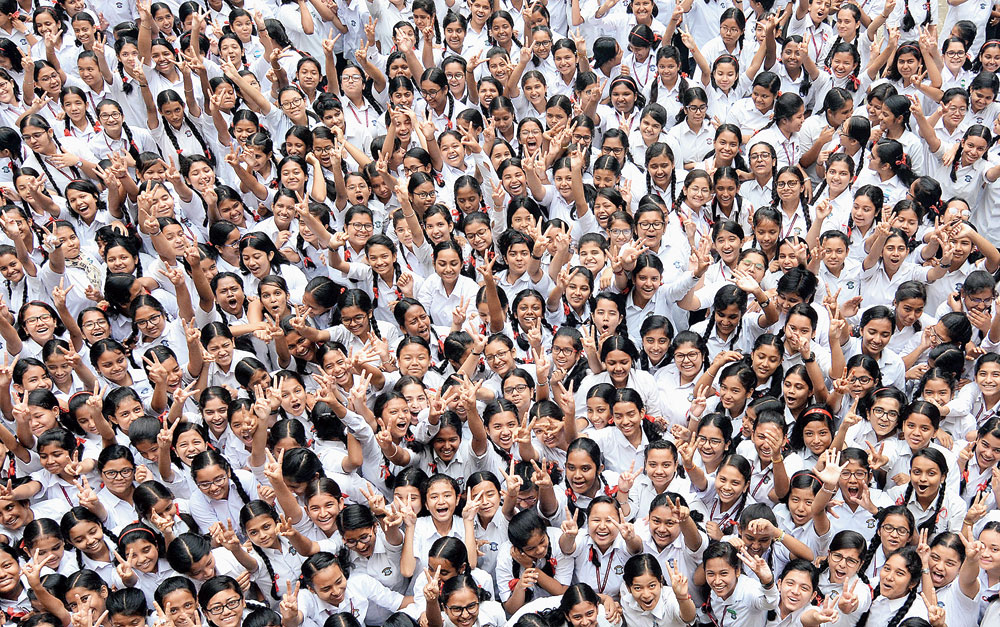 The pass percentage of the Class X High School Leaving Certificate (HSLC) examination in Assam this year, declared on Wednesday, recorded a four per cent increase from last year, despite scrapping the practice of awarding grace marks.

The pass percentage in the examination, held by the Board of Secondary Education, Assam (Seba), was 60.23 — 62.69 and 57.99 per cent for boys and girls respectively.

The board scrapped the practice of awarding grace marks, called “moderation” by Seba, to inflate pass percentage.

Altogether 37 students, including 10 from government schools, are in the top 10.

Meghasree dedicated her success to her late father who passed away last year.

Four students from Guwahati were among the top 10, three from St Mary’s HS School and one from Assam Jatiya Bidyalaya, Noonmati.

Chief minister Sarbananda Sonowal congratulated the rank holders and called upon the unsuccessful students not to be disheartened.

“We will sit with the guardians and teachers of the schools with less than 10 pass percentage to find out what went wrong,” said education minister Siddhartha Bhattacharya.

He congratulated the rank holders and requested those who failed to try harder.

Bhattacharya said failure of 40 per cent students was a matter of concern. “We have asked the schools to give extra coaching those who failed the exam,” he said.

During the examinations, 396 students were expelled for resorting to unfair means.