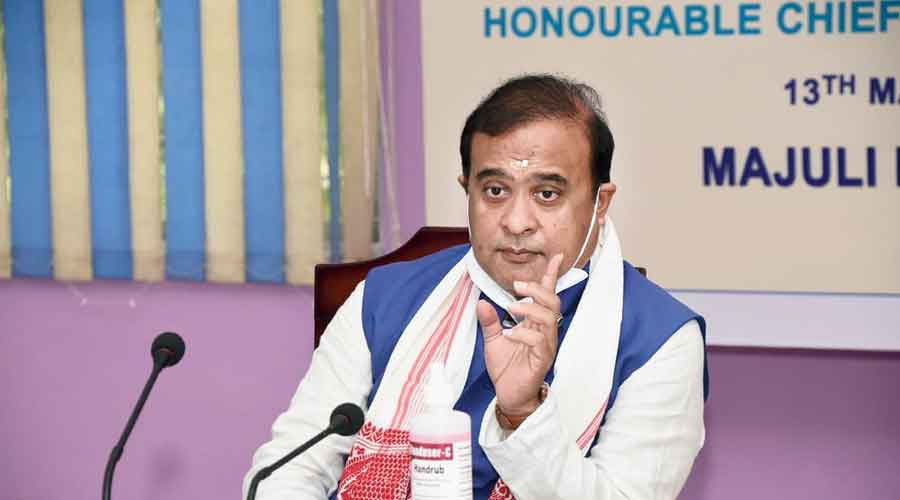 Assam Chief Minister Himanta Biswa Sarma on Friday gave appointment letters to the kin of six police personnel killed in the gunfight at the interstate border with Mizoram on July 26.

The chief minister handed the appointment letters prior to addressing a press conference here to mark the 100 days of the BJP government led by him since he took charge on May 10.

The state government decided to appoint the next of kin of the deceased personnel to government jobs under an exceptional circumstance, not to be cited as an example, he said.

The jobs were given to the wives of deceased sub-inspector Swapan Kumar Roy, constables Mazrul Haque Barbhuiya, Nazmul Hussain and Samsuz Zaman Barbhuiya, along with the sister of constable Liton Suklabaidya and the son of havildar Shyam Sundar Dusad.

An amount of Rs 50 lakh as ex-gratia was immediately handed over to the families and to "honour the sacrifice made by all the six police martyrs", they were awarded posthumously with the 'Chief Minister's Special Service Medal in a crisis situation' on the 75th Independence Day.

"This act of the government is bound to boost the morale of the police force for each member to act fearlessly, sincerely and with a sense of pride and dedication in the interest of defending the territorial integrity of the state and to ensure safety and security of the people," Sarma said.

The government has provided an ex-gratia amount if Rs 1 lakh to those policemen who were injured in the attack.

Addressing journalists at the venue later, the chief minister said that positive steps were taken in maintaining peace along the interstate borders and the state government has ensured complete security of its land with not an inch being encroached.

He said that during the last month, the state government also held border talks with Nagaland and Meghalaya governments with steps initiated to resolve the dispute and maintain peace.