Advertisement
Home / North-east / Assam Polls 2021: Bridge of hope over Brahmaputra that no party can claim

Assam Polls 2021: Bridge of hope over Brahmaputra that no party can claim 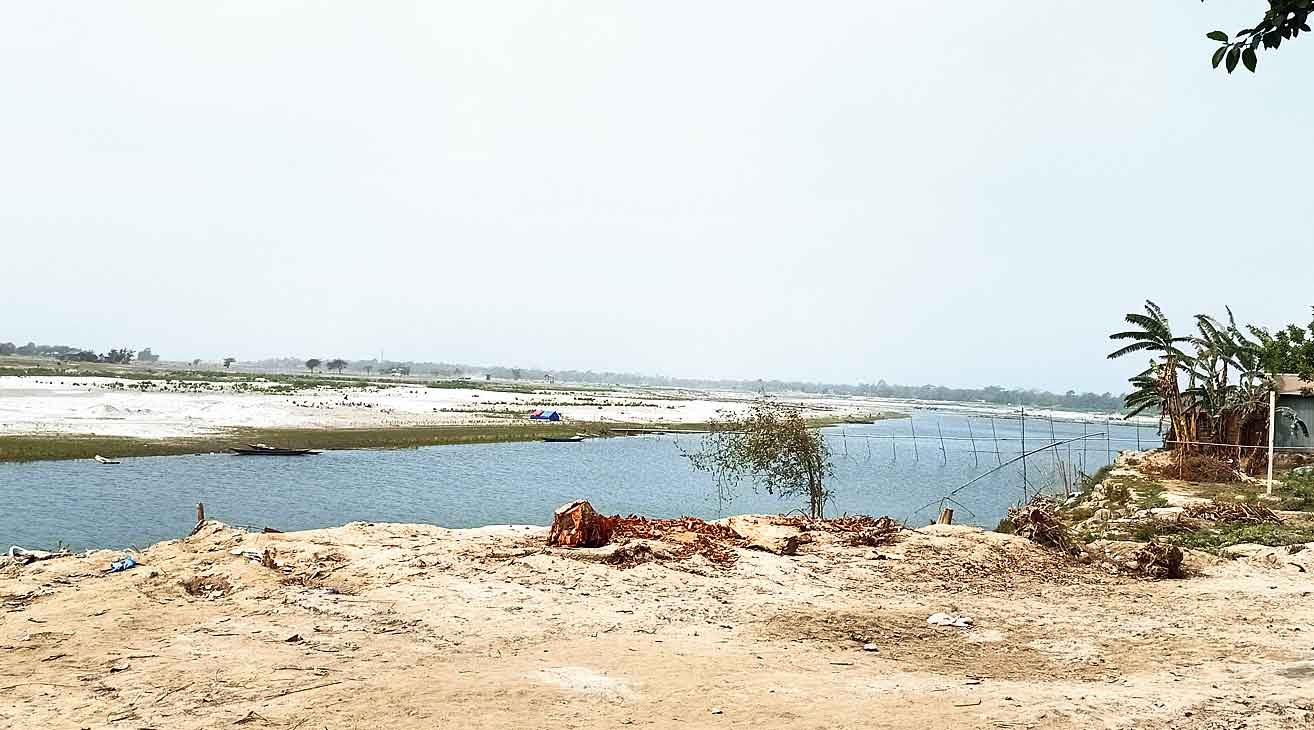 A visit to Zero Point has become almost a daily ritual for 50-year-old Aminur Rahman.

This is the site in Adabari Part 2, about 4km off Dhubri town, where India’s longest river bridge — stretching 19.03 km — is to come up by 2028 and connect Dhubri in Assam with Phulbari in Meghalaya across the Brahmaputra.

Work began at the site shortly before Prime Minister Narendra Modi laid the foundation stone for the bridge through videoconferencing on February 18, just 37 days ahead of the start of the three-phase Assam elections on March 27.

Residents’ faces here light up at any mention of the under-construction bridge, which has generated much more excitement and hope than the ongoing election.

Rahman, a contractual employee with the State Institute of Rural Development, said the bridge would cut down to 20 minutes a journey that now takes four to five hours by ferry.

Since ferry travel is impossible or risky in rough weather, especially when the river is in spate, people often have to take a circuitous land route that stretches 205km and involves six hours of travel.

This land route — from Phulbari via Agia (Goalpara district) through North Salmara (Bongaigaon district) to Dhubri — involves crossing the Brahmaputra via the Pancharatna bridge in Goalpara apart from negotiating a couple of other bridges over smaller rivers.

Both the ruling BJP and the Opposition Congress-AIUDF combine have tried to turn the Dhubri-Phulbari Bridge project into a poll plank but residents at Zero Point said neither grouping would benefit from it.

“They tried to make it an issue but gave up soon because people here know that everybody has contributed towards the project taking off,” Rahman said.

He said talk about a bridge had begun as far back as the 1970s but the demand picked up in the 2000s. The initial steps were taken under the Manmohan Singh government before the Modi-chaired cabinet committee on economic affairs approved the project in March 2019.

Bridges have been an important poll plank for the ruling BJP that has been hard-selling its development agenda since coming to power in Assam in 2016.

For instance, the 9.15km Dhola-Sadiya Bridge in Tinsukia district, inaugurated in May 2017, and the 4.9km Bogibeel rail-cum-road bridge connecting the Dibrugarh and Dhemaji districts, opened in December 2018, helped boost the BJP’s fortunes in the 2019 Lok Sabha polls.

The BJP had flagged both these bridges over the Brahmaputra, inaugurated by Modi, during the first phase of the Assembly polls in Upper Assam. But the Dhubri-Phulbari bridge resisted such attempts.

“Senior leaders of all the parties were present during the foundation-laying function. It has been our collective dream and demand,” Rahman, who has on an average to make one work-related trip to Phulbari a month, said.

“I visit the site almost regularly to keep abreast of the progress of the project — and also because of a growing attachment to it. A lot of opportunities will open up for business, education and healthcare. We hope it is completed by the 2028 deadline.”

Once the bridge is functional, it will be easier for Phulbari and its neighbourhood to get their supply of goods from Dhubri town and send their students and patients to schools, colleges and hospitals across the river.

Like most people in Adabari, Rahman knows almost everything about the project.

“Larsen & Toubro began creating the basic infrastructure for its staff and workers before starting work on the actual project. The JICA (Japan International Cooperation Agency), which is funding the project, has had lots of interaction with the stakeholders, including the local boatmen who will be adversely affected (because the ferry service will be hit),” he said.

“But an overwhelming majority here supports the project. We just hope the momentum is sustained. It’s a bridge of hope for us.’

The bridge will also provide an additional link for Meghalaya, Manipur, Mizoram, Nagaland, Tripura and the Barak Valley region of Assam with the rest of the country.

It will also improve international connectivity, joining Bangladesh to Bhutan through Dalu (in Meghalaya on the India-Bangladesh border) and Hatisar (in Assam on the India-Bhutan border) via Tura, Phulbari, Dhubri, Srirampur and Samthaibari.

Dhubri-based social activist Benoy Bhattacharjee and advocate Bikash Sethia said the “life-changing” project was the best thing to have happened to Dhubri in recent years, and would bring “unimaginable” social, economic, security benefits.

Sethia said the bridge would help the government increase its tax base and improve law and order through better connectivity with the now almost inaccessible char (sandbar) areas.

Shokiyotullah Sheikh, 60, who makes two to three trade-related trips a month to Phulbari, mainly to import bamboo, said he was “very happy” that the project had begun.

“Besides being time-consuming, the trip is also very risky. Many people have died while crossing the river. This will hopefully change once the bridge is completed. We are very happy,” he said.