Himanta Biswa Sarma, Sarbananda Sonowal and Ranjeet Kumar Dass exuded confidence that the party will form the next govt for the good work they had done 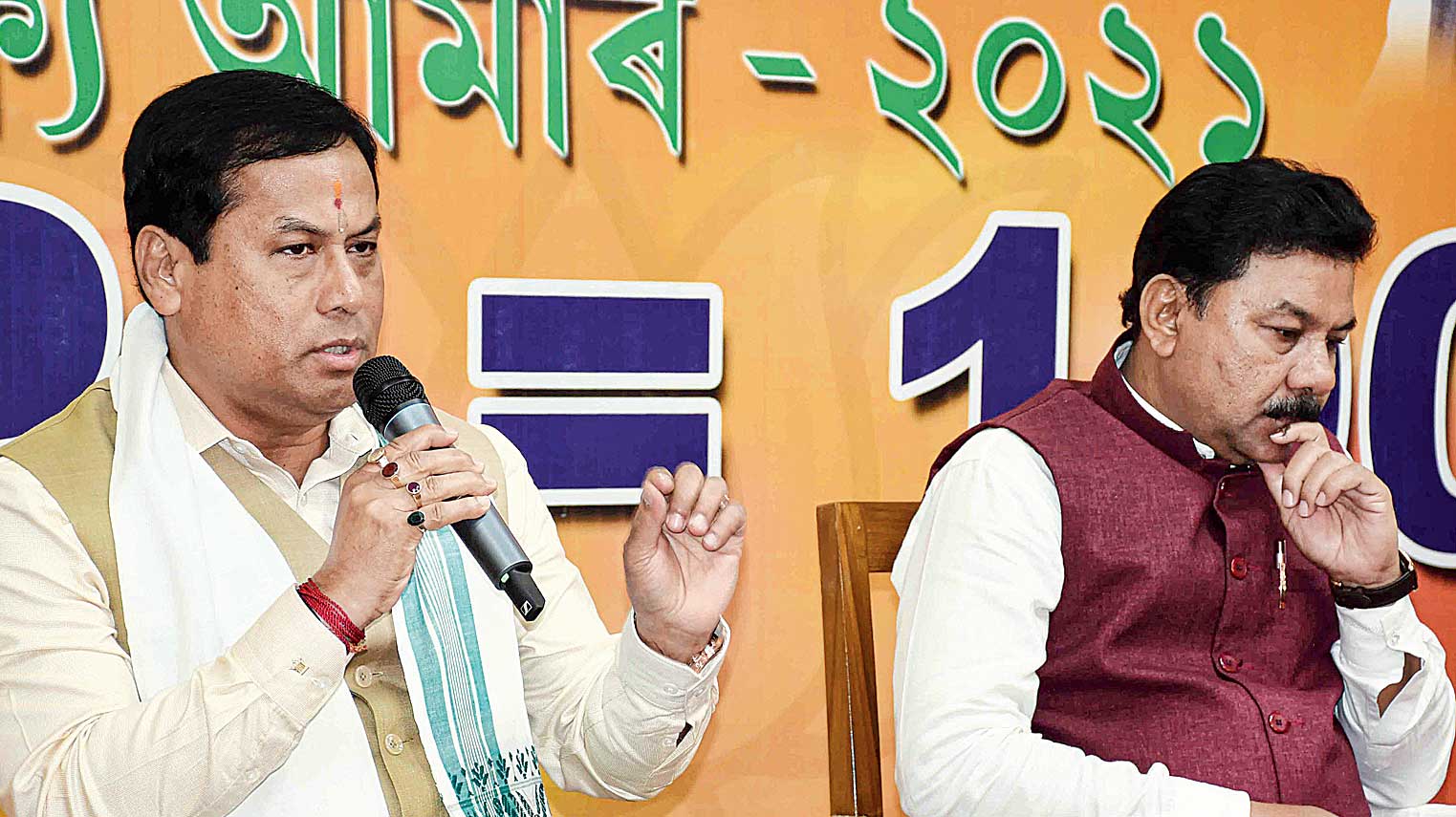 The BJP-led government in Assam has begun the groundwork for implementation of the party’s pre-poll commitments, according to senior cabinet minister Himanta Biswa Sarma, implying that the party was confident of retaining power.

Sarma also urged the people of the state not to panic about the Covid-19 situation as positive cases continued to surge and the Lakshmibai National Institute of Physical Education near here was declared a containment zone for 14 days on Thursday.

“Election is over. I am back to discharging my official duty as before. All government officials are working. We are well-equipped. So there is no need to panic (about Covid-19 pandemic) because we know we will have to discharge these responsibilities after May 2.... It will be a continuous government.

“We will continue to discharge our responsibilities to the people of Assam with the same dedication and sincerity as before,” Sarma said at a news conference at the party headquarters here on Thursday to thank everyone for the successful and peaceful conduct of the three-phase Assembly polls that ended on April 6.

Sarma, who holds portfolios such as education, finance, public works department and health, then assured that the BJP’s pre-poll commitments such as hiking the amount of Orunodoi scheme (financial assistance through direct benefit transfer) from Rs 830 to Rs 3,000 per month and waiving of microfinance loans availed by women will be fulfilled.

“Let me assure you that we will implement all our 10 pre-poll commitments, including providing one lakh jobs (by next March). We have already started preparing a blueprint. I have asked my officers to see how many Rs 50,000, Rs 1 lakh and Rs 1.5 lakh loans are there... so that we can take some good decisions in our first cabinet meeting.”

Sarma, chief minister Sarbananda Sonowal and state BJP unit president Ranjeet Kumar Dass exuded confidence that the party will form the next government for the good work they had done for the people of Assam.

Counting of votes will take place on May 2.

Sarma said the Congress has suffered in the polls because its leaders surrendered before one person — AIUDF chief Badruddin Ajmal — suggesting that the BJP’s strategy of attacking Ajmal to polarise the voters has succeeded. The BJP has continuously attacked the three-time Dhubri MP of espousing the cause of illegal migrants, a sensitive issue in the state.

The Congress, however, feels the 10-party alliance which it led, will regain Dispur with its allies, getting at least a seat more than the BP-led alliance but fears that the ruling party may try to manipulate the mandate.

On Wednesday, the Assam PCC had moved the Assam chief electoral officer with a plea to provide access/link to CCTV surveillance of strong rooms where EVMs are kept to all the contesting candidates. On Thursday, the PCC moved the Election Commission to take up the counting of postal ballots before the EVMs.

PCC president Ripun Bora in a letter to the poll panel said: “… in the last Bihar Assembly election, the postal ballot votes were counted late night after the EVM votes. For this many discrepancies and complaints were raised during the counting of ballots by many contesting candidates and it was viral on social media. As a result, many candidates lost by a narrow margin and pointed fingers at the Election Commission.”

“Therefore, we appeal to your honour to take necessary and proper steps to count the postal ballots before the EVM votes so that the vote counting of Assam Assembly election might be clean and clear and nobody would be able to raise fingers against the Election Commission,” Bora added.