From construction of roads, bridges and ammunition depots to bolstering its surveillance apparatus, the Army is also ramping up military infrastructure 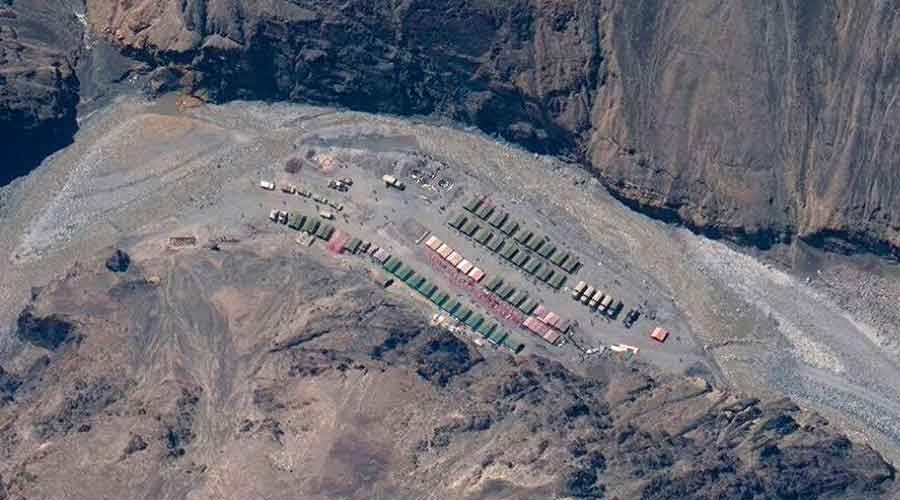 The Indian Army is effecting a major "reorientation" of its troops in the strategically-sensitive areas along the Line of Actual Control (LAC) in Arunachal Pradesh to boost its overall combat readiness amid the lingering border standoff in eastern Ladakh.

From construction of roads, bridges and ammunition depots to bolstering its surveillance apparatus, the Army is also ramping up military infrastructure at a rapid pace for quicker mobilization of troops in RALP (Rest of Arunachal Pradesh) region close to the LAC, senior military officials told PTI on Wednesday.

General-Officer-Commanding of the 2 Mountain Division Major General MS Bains said the focus of the Army in the region has been fully shifted towards the northern border and that almost all the counter-insurgency operations are now being carried out by the Assam Rifles.

He said capability development projects including construction of roads, bridges, tunnels, helipads and other infrastructure are being implemented under strict time-lines, especially in the Upper Dibang Valley region.

"Our overall combat readiness in the region is of a very high order," Major General Bains told a group of journalists.

Another senior official said the focus is also on expanding 4G telecommunication network in strategically-sensitive areas like Kibithu, Walong and Hayuliang.

China has installed significant numbers of mobile towers on its side of the LAC in the region and Indian phones automatically pick up Chinese network in some of the areas.

On reorientation of troops in various areas including in RALP region, the officials said all Army units except 73 Mountain Brigade is now working towards dealing with challenges along the LAC.

The 73 Mountain Brigade headquartered in Laipuli near Upper Assam's Dibrugarh town has been tasked with continuing carrying out counter insurgency operations in four districts of the state.

"The overall law-and-order situation has improved in Assam, Arunachal Pradesh, Nagaland and Manipur. So the counter-insurgency operations are largely being carried out by the Assam Rifles and the Army is focusing on reorientation of the troops along the LAC," said an official.

Another official said the government is also determined to significantly enhance infrastructure in border villages.

"As many as 990 villages in five districts of Arunachal Pradesh have been identified under the vibrant village programme," he said.

The officials said new-age surveillance equipment including unmanned aerial vehicles (UAVs) are being deployed in forward locations along the LAC in the Arunachal Pradesh sector.

They said the aim of capability development initiatives are to ensure swift mobilisation of troops.

The need for quick mobilisation of troops and weapon systems gained renewed focus in the wake of the lingering border row between India and China in eastern Ladakh.

Following the escalation in tension in eastern Ladakh standoff, the Army has taken a series of measures to boost its operational capabilities in the eastern sector that included procurement of all terrain vehicles, precision guided ammunition, high-tech surveillance equipment, radars and weapons.

Indian and Chinese troops have been engaged in a standoff at a number of friction points in eastern Ladakh for over two years.

The two sides carried out the disengagement process in several areas in the region as a result of high-level military talks.

However, both sides are yet to make any breakthrough in ending the face-off in the remaining friction points.

The last round of high-level military talks took place in July but it failed to achieve any concrete outcome.