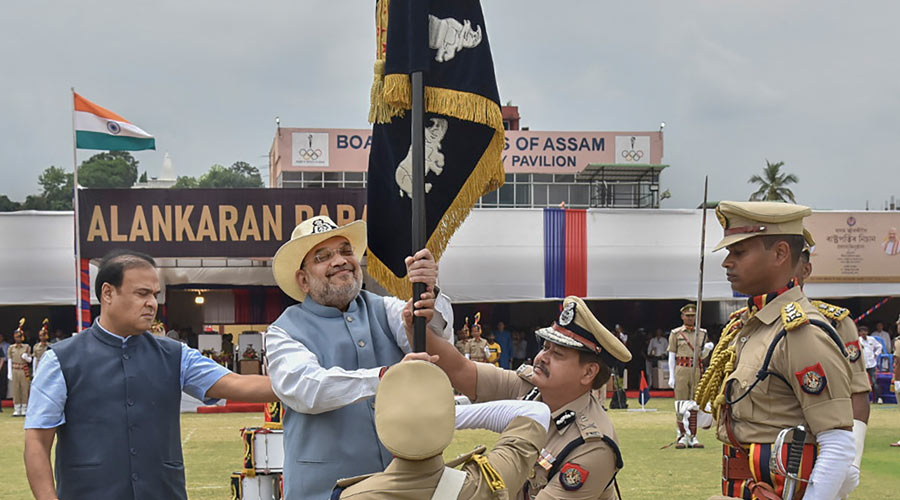 Union Home Minister Amit Shah Tuesday presented the President's Colour to the Assam Police for its exemplary service during the last 25 years.

The flag is engraved with Assam's map and 36 stars representing the districts of the state, a one-horned rhino and the insignia of Assam Police with its motto.

Assam is the 10th state in the country to receive the President's Colour, the highest honour given to any military or police unit in recognition of exceptional service rendered to the nation, both in peace and war.

Shah bestowed the honour on the state police in the presence of Chief Minister Himanta Biswa Sarma and Director General of Police Bhaskar Jyoti Mahanta at the 'Alankaran Parade' ceremony here.

The home minister is on a two-day visit to Assam.