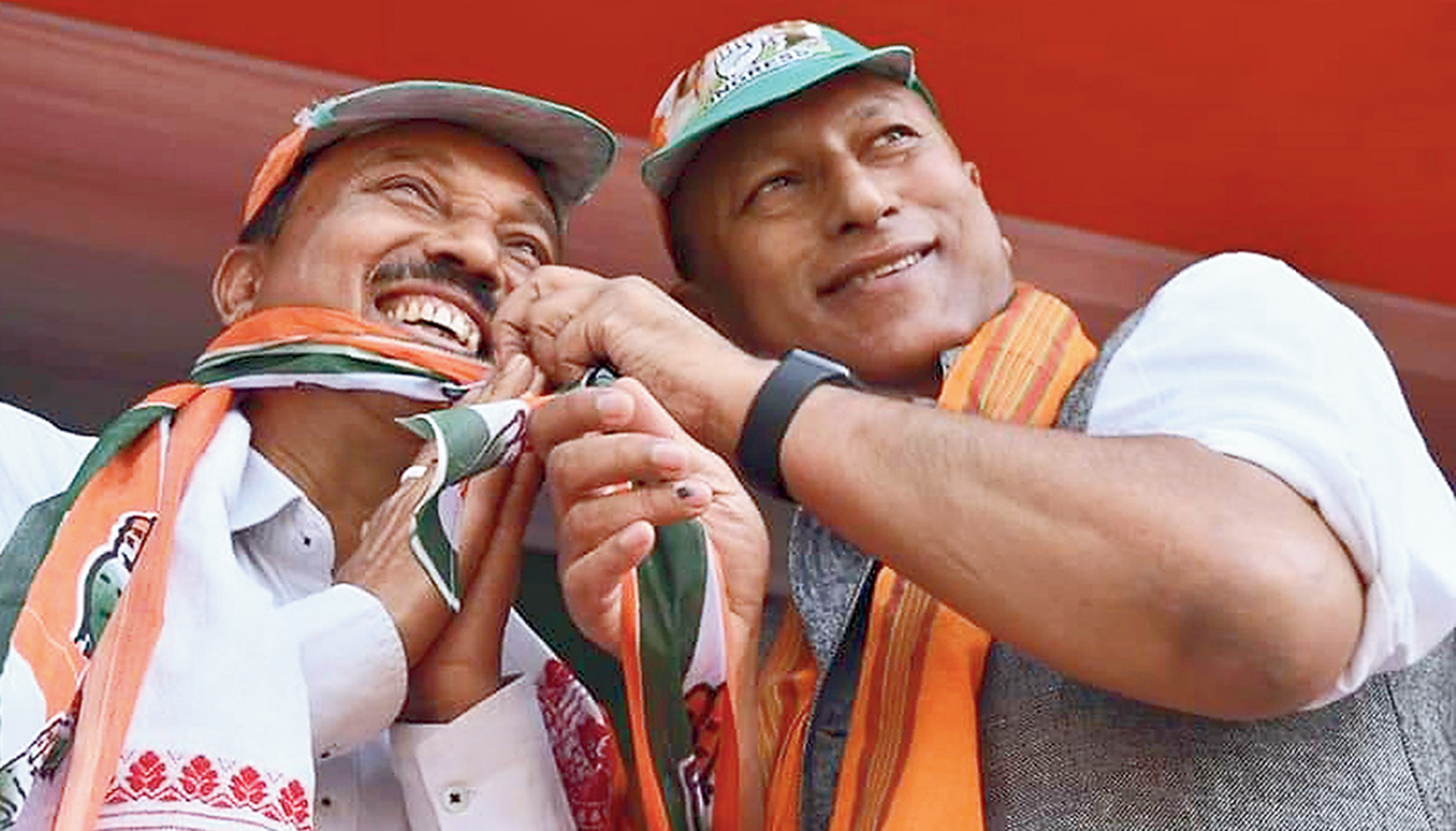 The ranks of the Assam Congress swelled on Tuesday with former AGP minister Bubul Das and around 100 others from various youth and students organisations joining the party.

Das, who was president of AGP’s Morigaon district committee, resigned on Monday as a protest against the party’s alliance with the BJP to fight the Lok Sabha election.

Das had represented Jagiroad constituency in central Assam and was a cabinet minister from 1996 to 2000 in the ministry of Prafulla Kumar Mahanta.

Das, who had served the AGP for 34 years and was against the Citizenship (Amendment) Bill, 2019, joined the Congress at a function at Nellie in central Assam’s Morigaon district.

Morigaon Assembly constituency falls under Nowgong Lok Sabha constituency, which will go to the polls on Thursday. Tuesday was the last day of campaigning for the second phase.

Das said the Congress’ opposition to the citizenship bill was one of the main reasons behind his joining the party.

Das’s joining the party just two days ahead of the second phase of elections has come as a morale booster for the state Congress leaders.

“It will definitely have a good impact on Nowgong constituency. He has a huge influence there. His joining will also encourage the grassroots AGP workers who are against the AGP-BJP alliance,” said Assam PCC president Ripun Bora.

Bora, along with the Congress’s Assam in-charge Harish Rawat and former chief minister Bhumidhar Barman, attended the joining of around 100 members from various student and youth organisations, mostly associated with the Left parties, at the party’s head office here on Tuesday evening.

In his address, Bora said an internal survey of the party has found that there has been an undercurrent among the people against the BJP because of its alleged misuse of state machinery for people are voting for the Congress.