AGP hits out at BJP, takes out rallies

Former allies in war of words over citizenship bill 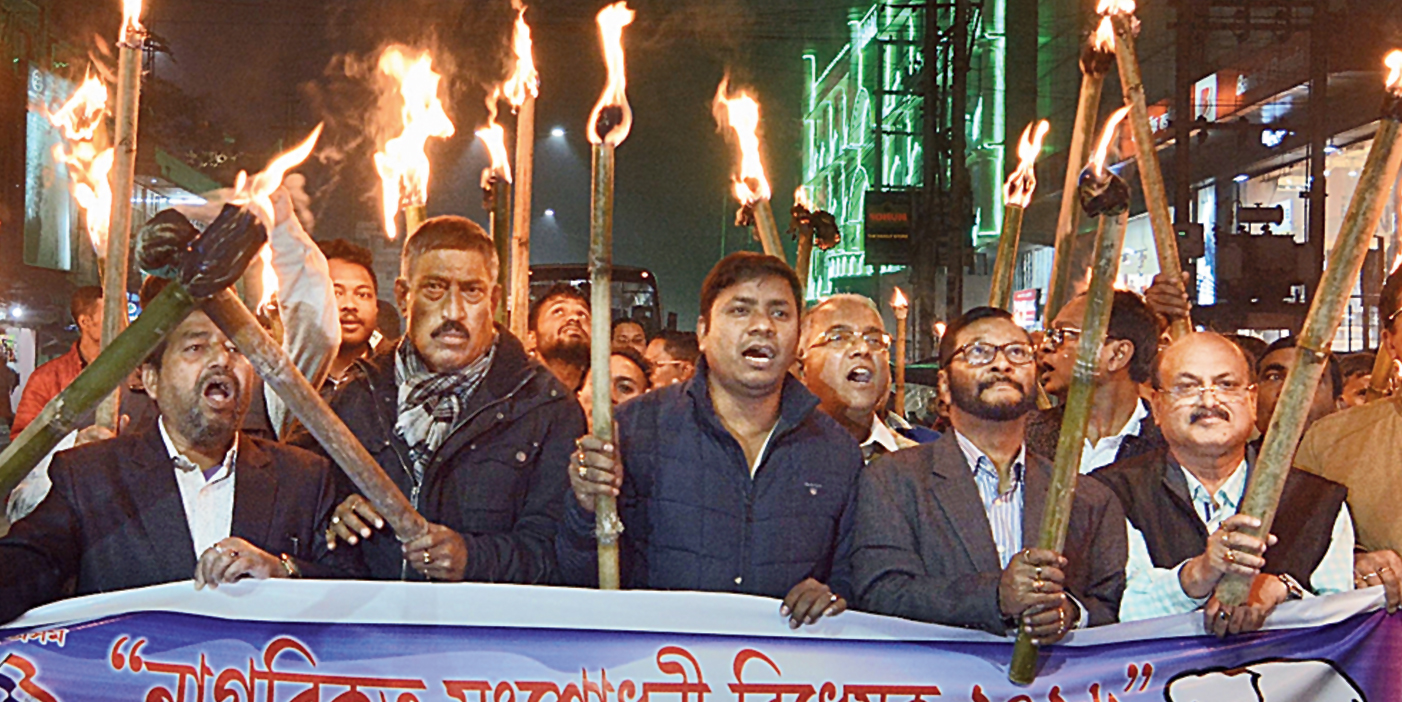 The Asom Gana Parishad (AGP) hit back at BJP general secretary Ram Madhav on Friday, asking him and his party to reconsider their decision to go ahead with the Citizenship (Amendment) Bill, 2019, as the regional party took out torch rallies across the state and announced a series of agitation in protest against the bill.

Reacting to Madhav’s appeal to the AGP on Thursday to reconsider its decision to snap ties with the ruling BJP over the bill, senior AGP leader and former Union steel and mines minister Birendra Prasad Baisya told The Telegraph, “I would rather ask them (the BJP) to reconsider their decision to go ahead with the citizenship (amendment) bill and stand with the people. There is no question of reconsidering. Our stand has always been very clear and we stand by that. We are with the people of Assam.”

He added, “We have always opposed the bill. It is against the people of the state, the Assam Accord and secularism. We can’t let it happen at any cost. Earlier, we tried to oppose the bill being in the government. Now, we will go all out against it.”

During the day, Baisya and other AGP leaders took part in the torch rally in the city. The party’s district committees in Jorhat, Mangaldoi, Nalbari, Barpeta, Tinsukia, Dibrugarh, Tezpur, Dhubri and Bongaigaon took out torch rallies. In Kamrup district, more than 300 activists took part in a rally on National Highway 37 at Boko and Chaygaon.

“We will continue our agitation till the BJP-led government scraps the bill. If the governments in Meghalaya, Mizoram and Manipur can take bold steps against the bill, why is our chief minister silent?” an AGP leader in Jorhat, who took part in the rally, said.

The AGP had allied with the BJP ahead of the 2016 Assembly elections but snapped ties after failing to convince the BJP not to pass the bill in the Lok Sabha.

Madhav, the party’s Northeast in-charge, had, during his visit to Guwahati on Thursday, sought to allay apprehensions regarding the bill, saying it was not only for Assam or the Northeast, but for the entire country.

Amid strong protests over the bill, the Centre is expected to soon call a meeting of all Northeast chief ministers to address concerns, PTI, quoting sources, said on Friday. The decision was taken after Union home minister Rajnath Singh discussed the matter with Mizoram and Meghalaya chief ministers in New Delhi.