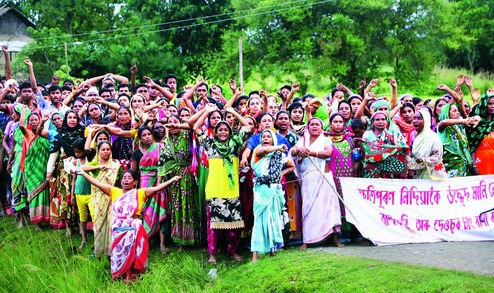 Replying to an unstarred question by Aminul Islam of the AIUDF, Brahma said 662 families, comprising 3,085 persons, have encroached on Hatikhuli, No. 1 Sildubi, No. 2 Sildubi, Haldibari, Siljuri and Methoni villages located in the second, third and fifth additions of the national park.

She, however, said there is no encroachment in the 429.93 square km core area of the park.

She said the forest department was taking steps to clear encroachments from the national parks and sanctuaries in a phased manner.

Brahma said 11 leopards were killed and five persons died in man-animal conflict in the state in 2017 and 2018. In the same period, 34 leopards were caged.

Public health engineering minister Rihon Daimari told the Assembly that the government aims to provide safe drinking water to all arsenic and fluoride-affected habitations of the state by March 2020.

He said 5.77 per cent population of the state is affected by ground water contaminated with arsenic and 0.40 percent with fluoride.