2 youths held with drugs in Jorhat

BRIEFS: They were produced before the chief judicial magistrate’s court on Sunday and sent to judicial custody 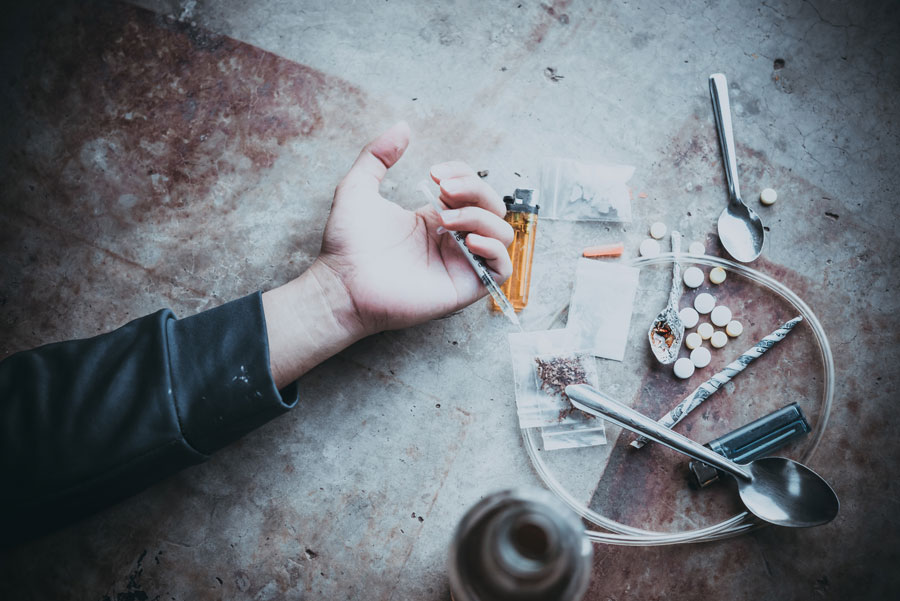 Two youths were arrested in Jorhat on Saturday night for allegedly peddling drugs. The arrested youths have been identified as Samir Ali of Dhakaipatty here and Babu Ali of Suwani Gaon under Jorhat Sadar police station. Sources said the police recovered narcotic substances from their possession. They were produced before the chief judicial magistrate’s court on Sunday and sent to judicial custody.

At least 77 persons were arrested in drug and alcohol-related cases last week, excise and narcotics department spokesperson Peter Zohmingthanga said on Saturday. Around 312.75 grams of heroin, 505g of cannabis and 404 tablets of Tramadol were seized during raids between February 16 and 21, along with 1,179.25 litres of locally-made alcohol and 172 bottles of Indian-made foreign liquor.

Noted bhaona artiste Gopal Bora, of Duliagaon in Upper Assam’s Golaghat district, died in the wee hours of Sunday. He was 58. The actor was performing in a bhaona on Saturday night when he felt a pain in his chest. On his way home, he breathed his last in his car. He is survived by his wife, two sons and a daughter.

Railway Board chairman Vinod Kumar Yadav on Sunday inspected the 51.38-km Bairabi-Sairang railway project in Mizoram. The project, to cost around Rs 5,021.45 crore, is expected to boost rail connectivity and the economy of the state.

A total of 175 people with disabilities were registered during a two-day assessment camp for free distribution of aids and assistive devices at Dimapur district hospital from Friday, a release said on Sunday.

Nagaland higher and technical education and tribal affairs minister Temjen Imna Allong was presented the leadership award for exemplary work at the World Education Summit in Hyderabad on Saturday.

Artiste Mira Biswas was presented the Adya Sarma Award for 2020 at a function at Nalbari Art School on Sunday.

The body of a police constable with bullet injuries was recovered at Golakganj Tinali on National Highway 31 under Golakganj police station of Assam’s Dhubri district in the early hours on Sunday. According to police sources, the constable, Umesh Ch. Roy, a resident of Kachuakhana village, was posted at Dhubri police reserve station. Golakganj Tinali is around 30km from the Dhubri district headquarters. Additional superintendent of police, Dhubri, Hiranya Barman, said an investigation is under way. The police have also recovered one AK-47 rifle and live bullets from the possession of the deceased constable, who was in civil dress when the body was found. “We have sent the body for post-mortem to Dhubri civil hospital and are awaiting the final reports,” said the additional superintendent of police.

At least 31 pigs were culled after they were found infected with porcine reproductive and respiratory syndrome in south Mizoram’s Lunglei and Champhai districts, an official of the state animal husbandry and veterinary science said on Sunday.