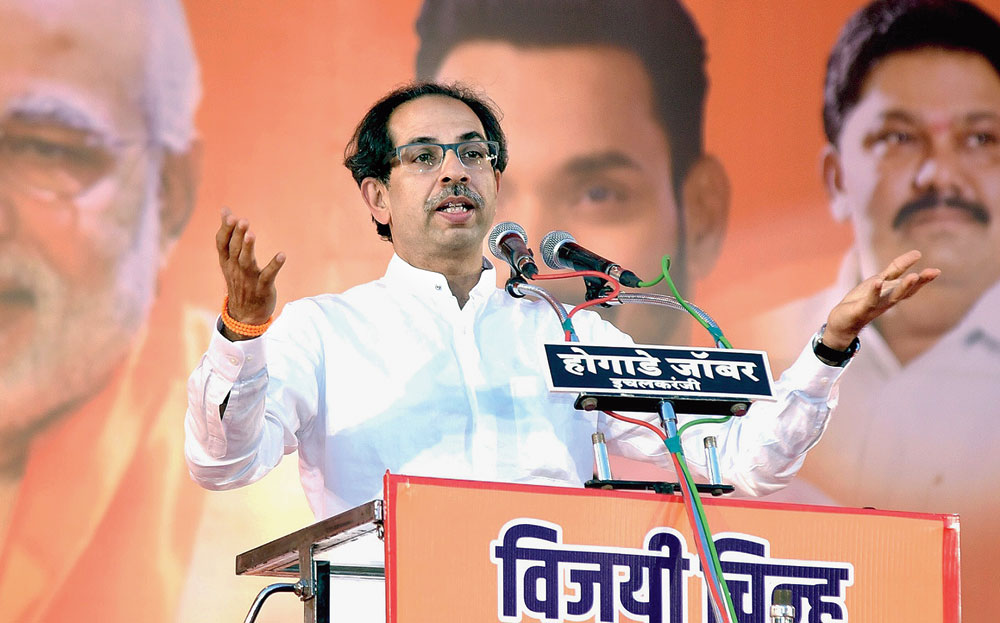 The NCP minister had also said the state government will ensure that a legislation to this effect is passed soon.

”No proposal has come to me regarding Muslim reservation. We will check its validity once it comes to us. We have not taken any decision yet on it,” Thackeray told reporters at Vidhan Bhawan in south Mumbai, where the budget session of the state legislature is underway.

He also asked the BJP-led opposition to stop making a hue and cry over the issue.

”I also urge those who are creating ruckus on the issue to save your energy to use it when the issue comes up for discussion. The issue has not come up yet. The Shiv Sena has not clarified its position yet. Let us see when the proposal comes up,” Thackeray said.

On his wife Rashmi Thackeray's appointment as editor of party mouthpiece Saamana, Thackeray said he had to quit the editor's post after the chief ministership “unexpectedly” came to him.

”Saamana, Shiv Sena and Thackeray can't be separated. We are one family. With Rashmi becoming editor, there were speculations if the language of the paper will change. I want to tell that the language will remain the same. Editorial responsibility will continue to be handled by Sanjay Raut.

”Saamana is Shiv Sena's mouthpiece. The paper will continue to reflect the party's stand and my views. There will beeditorial freedom too,” he said.

”The sort of language used in Saamana is our paternal language and it will remain the same. Dont say later that Rashmi Thackeray criticised Uddhav Thackeray. It could be the subject of some peoples interest. But most of the views expressed are mine, that of the Shiv Sena and beyond that, there is also this freedom of the press. Hence, Sanjay Raut has been discharging the editorial duty very well and he willcontinue to do that,” he said.

The chief minister also said he is going to Ayodhya on March 7 to offer prayers to Lord Ram.

”I have faith and therefore, I am heading (to Ayodhya) to get darshan of Lord Shriram. Wheres the question of politics in having a glimpse of god? Where is politics in it? The doors of god dont get shut just because you formed an alliance with the Congress or some other party. God is god and belongs to everyone. I will go (to Ayodhya),” he said.

”Those (from among the alliance partners) who want to come, will come. Gods doors are not closed for anyone. Whenever they want to go, they can go (for seeking darshan). They may come with me (to seek darshan), may go before me or go there after I pay a visit (to the temple),” he said.

On loan waiver, Thackeray said the government has already started making farmers who took loans of up to Rs two lakh debt free.

”We will waive of loans of those whose loan accounts are linked with Aadhar,” he said.

Authentication of over 10 lakh farmers has been completed, he said. “The MVA government's loan waiver scheme will be implemented within the stipulated time frame. My government will pay attention to see farmers remain happy,” he added.

”Authentication of 10 lakhfarmers' accounts has been done and transfer of funds has started in 7.5 lakh accounts,” he said.

The government plans to complete the implementation soon and also start a new loan waiver scheme of over Rs two lakh for farmers and and also an incentive scheme to those who regularly pay their dues, he said.

On Delhi violence and precautionary measures being taken to avoid a repeat, Thackeray said, “Precaution is being taken in Mumbai and Maharashtra to see no such incident takes place. I thank the police and citizens too for being vigilant. They understand who is doing this.”

Asked who was he pointing at, Thackeray said, samjhane walo ko ishara kaafi hai. Ishara nahi kiya to bhi samjhte hai (mere hint is sufficient for those who understand, they will understand even if there is no hint).”