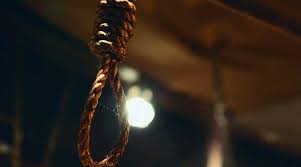 Rupa Tirkey, 26, the officer-in-charge of Sahebganj women’s police station, allegedly hanged herself from the ceiling around 10pm
Shutterstock
Animesh Bisoee   |   Jamshdepur   |   Published 05.05.21, 01:16 AM

An officer-in-charge of a women’s police station in Jharkhand allegedly died by suicide at her quarter on Monday night.

Rupa Tirkey, 26, the officer-in-charge of Sahebganj women’s police station, allegedly hanged herself from the ceiling around 10pm.

Though no suicide note has been found but the mother of the deceased, who had arrived from Ranchi, has alleged that harassment from two women colleagues led her daughter to take the extreme step.

In a letter addressed to Sahebganj superintendent of police Anuranjan Kispotta, Rupa’s mother Damyanti Oraon has named two women sub-inspectors for harassing her daughter which forced her to commit suicide.

However, police officials have ruled out harassment as the reason for her suicide.

“She was a bright police officer of the 2018 batch of Jharkhand Police Service and was known for her hard work and efficiency. She was promoted as Sahebganj women’s police station OC earlier this year. She had good academic record at St Xavier’s College in Ranchi.

“It would be very childish for her to have succumbed to pressure from her colleagues and not brought the matter before other officials, especially the SP. We are scanning her mobile call records and will get some leads soon in the case. The body has been sent for post-mortem,” said a deputy superintendent of police in Sahebganj.

Kispotta expressed shock at the incident.

“She was a bright officer and we are shocked at the turn of events. At the moment it is very difficult to attribute any reason for the suicide. We are looking at several angles and will be coming to a conclusion soon,” the SP said.

According to police sources, Rupa’s mobile phone was found engaged since Monday evening as she was talking to someone for a long time.