Weather Report: Rainy weekend on the cards for Jharkhand 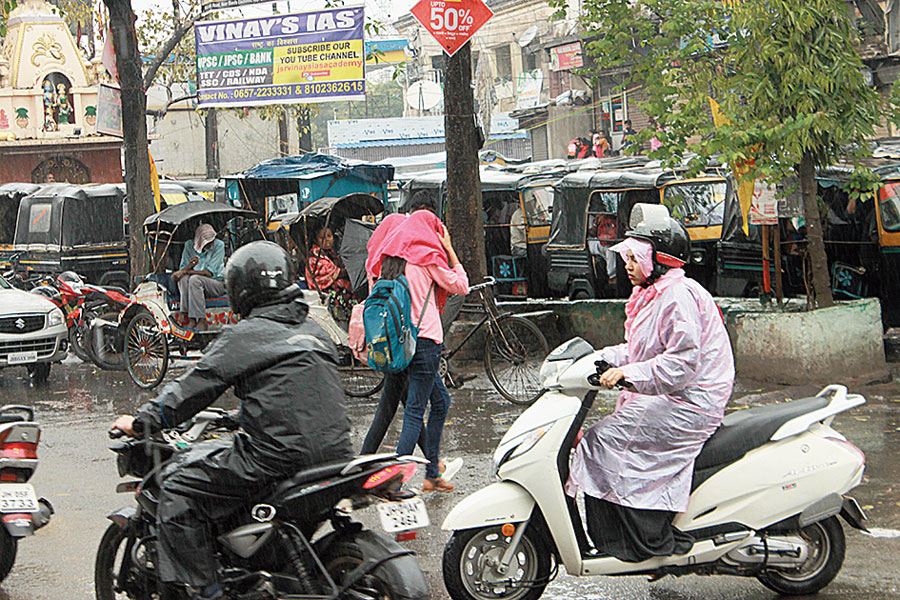 Widespread rain covering most of the districts of Jharkhand would continue for another two days, weathermen on Thursday.

The western disturbance as a cyclonic circulation over Pakistan has converted into a depression, said S.D. Kotal, director of the Ranchi centre of the India Meteorological Department (IMD).

“An associated cyclonic circulation was extending up to 9.5km above mean sea level tilting westwards. Another east-to-west trough was stretched from Pakistan to north Chhattisgarh across Rajasthan and north Madhya Pradesh at 0.9km above mean sea level. Today's (Thursday’s) satellite pictures and chart analysis indicated fairly widespread rain in Jharkhand for another 48 hours. The impact of the western disturbance would wane from March 16. Scattered rainfall would continue on March 15,” Kotal said.

Several places including Ranchi, Jamshedpur, Daltonganj, Garhwa and Latehar experienced rain for the second consecutive day on Thursday. The local IMD observatory in the steel city recorded 9mm of rain, while Ranchi got around 1mm.

Reports of rain also poured in from Simdega, Chakradharpur and Chaibasa in West Singhbhum, Ramgarh, Chandil and Nimdih in Seraikela-Kharsawan and Ghatshila in East Singhbhum. The highest rainfall of 44.2mm was recorded in Simdega.

The showers and cloud cover resulted in a drop in maximum readings in most parts of the state. Most places including Ranchi, Jamshedpur, Daltonganj, Dhanbad, Bokaro, Hazaribagh, Chaibasa in West Singhbhum, Garhwa and Latehar for recorded day’s readings much below the normal on Wednesday and Thursday.