The campaign began at three panchayats of Lonjo, Baikada and Bari on Monday 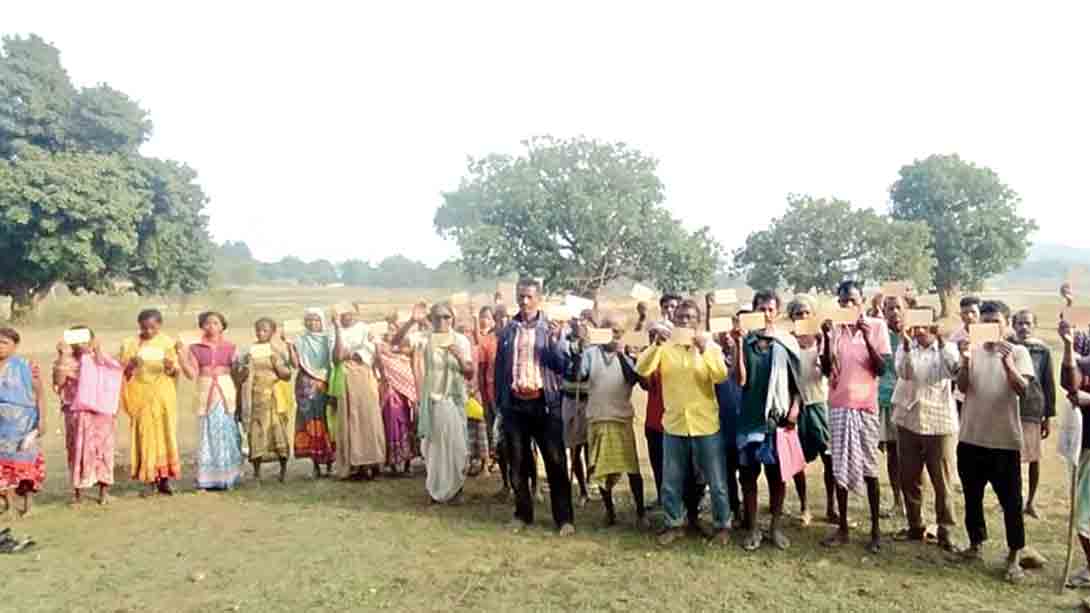 Villagers from a Maoist-hit block of Sonua in Chakradharpur sub-division of Jharkhand’s West Singhbhum district, nearly 200km from Ranchi, have started a postcard campaign seeking from Prime Minister Narendra Modi more work and ages under the 100-day rural job scheme.

Villagers from all 11 panchayats of the Sonua block will be sending postcards in batches of 500 to the Prime Minister’s Office, demanding an increase in MGNREGA budget for 2022-23, hike in minimum wage to workers and ensure employment guarantee to 200 days (from the existing 100 days).

The postcard campaign began at three panchayats of Lonjo, Baikada and Bari on Monday.

“In less than two days, we have collected more than 150 postcards from residents of revenue villages falling under these three panchayats. We plan to send the first batch of postcards to the PMO on December 17.

“We plan to continue the campaign till December 25 and hope to send at least 5,000 postcards to the Prime Minister, expressing our demands as the reduction in budgetary allocation for the Mahatma Gandhi National Rural Employment Guarantee Act (MGNREGA) has affected the man days in the state,” said Sandeep Pradhan, a right to food activist and a resident of the Sonua block.

Experts agreed that the Union government’s reduced budgetary allocation for the MGNREGA has adversely affected with the reduction of number of person days as compared to earlier years.

James Herenz, convener of NREGA Watch Jharkhand (a body espousing the cause for effective implementation of NREGA in Jharkhand), said it was disappointing that the Government of India had ignored the current rural employment distress even though there was a need to maximise the spending in MGNREGA for enhancing rural demands.

“The pandemic has shown that there is heavy dependence on MGNREGA for employment in the country and the government needed to push the scheme by taking a number of measures. The massive underestimation in the budget allocation has resulted in distress in vulnerable households,” Herenz said.

The villagers apart from demanding an increase in the MGNREGA budget also wanted a hike in the minimum wage of Rs 600 per day in line with the 7th pay commission for workers and guarantee of 200 days of work, 20 rupees per day tool allowance.

Along with these, there are demands to pay wages on time and social audit of all MGNREGA works.