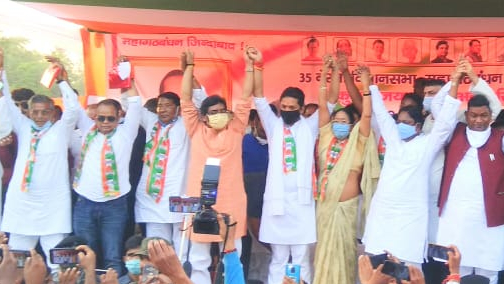 The Bermo assembly constituency witnessed two political functions on Wednesday, organised by the NDA and UPA after their candidates filed nominations for the upcoming bypolls.

Chief minister Hemant Soren attended the Jainamoad congregation in support of Congress candidate Kumar Jaimangal. Speaking at the event, he termed the former BJP government of Raghubar Das as “nalayak" (incompetent). He also said that “the BJP central government fosters a step-motherly attitude towards Jharkhand by not providing any help in the time of Covid-19 crisis”. 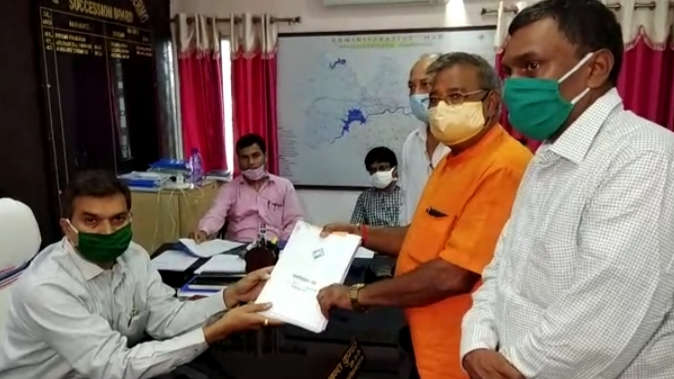 On the other hand, BJP state president Dipak Prakash branded the UPA alliance as “thugbandhan” (coalition of thugs). Prakash even went ahed to promise residents a change in the present state government, if the BJP won the two seats (Bermo and Dumka).

AJSU-P MP from Giridih, Chandraprakash Chaudhary targeted Hemant Soren and JMM saying they are running a government which is full of “corruption”.

The NDA-backed BJP candidate Batul and Jaimangal of the Congress (UPA) filed their nominations at the Bermo subdivision office in Tenughat. The two leaders submitted their candidature to electoral officer Anant Kumar at his office.

After filing nomination, Jaimangal said he will carry forward the work done by his father. “My father has worked in this assembly for 50 years. I promise to carry forward his vision of development with everyone's support."

Batul, who is former MLA from Bermo, said that people are feeling cheated in nine months of the JMM-Congress government. He said the party is confident that people will vote for BJP in this election.