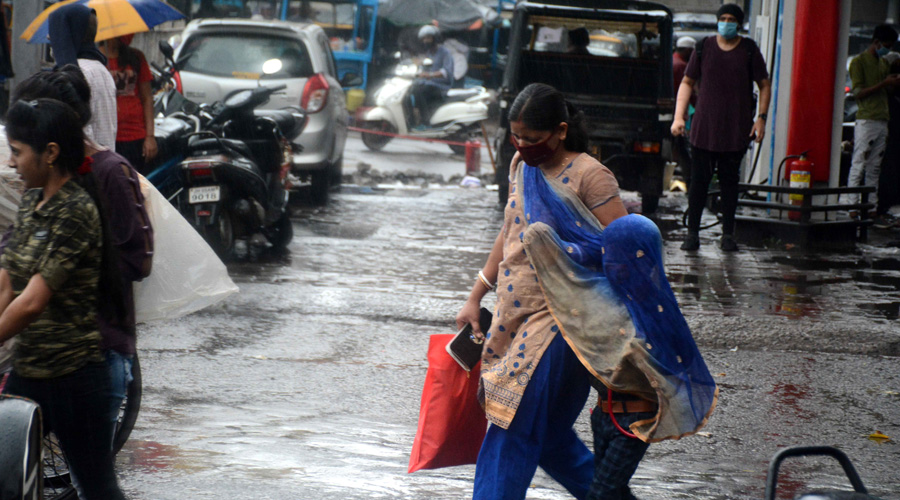 Rain brought by an ‘anti-cyclonic’ circulation over the state resulted in unseasonal showers in several districts from Thursday morning till Friday morning.

Weathermen said the circulation coupled with a trough stretched from Bihar to southeast Madhya Pradesh resulted in an adverse weather condition in the state.

“The anti-cyclonic circulation caused by convergence of westerly and north-westerly wind resulted in heavy moisture incursion into the lower levels of the atmosphere, bringing rain. The condition also resulted in an abrupt rise in minimum temperatures,” said Abhishek Anand, deputy director of IMD's Ranchi Meteorological Centre.

Kharsawan and Latehar topped the rain chart with 20 mm of rain recorded in each of the places.

Daltonganj, the Palamu headquarters recorded 6.2 mm of rain while Bokaro and Dhanbad recorded around 4 mm of rain.

Weathermen said light rain due to the impact of the circulation is likely to take place in isolated pockets till midnight, especially in southern and central Jharkhand.

The adverse weather resulted in a rise in minimum readings in most districts across the state.

The minimum reading was also five notches above normal at Daltonganj, the headquarters of Palamu which recorded 19.1 degrees Celsius on Friday.

A duty officer at the Regional Meteorological Centre at Alipore in Calcutta said that the anti-cyclonic circulation was prevailing about a kilometer above sea level. He added that the condition would persist for another 24 hours.

In its long-range forecast, the Patna Met Centre predicted that the weather condition would improve only after 24 hours. “The minimum reading is expected to witness a fall of 2-3 degree Celsius from December 21, bringing back the chill,” said a weather analyst.