Deepika Kumari and Atanu Das misses out after disappointing in trials 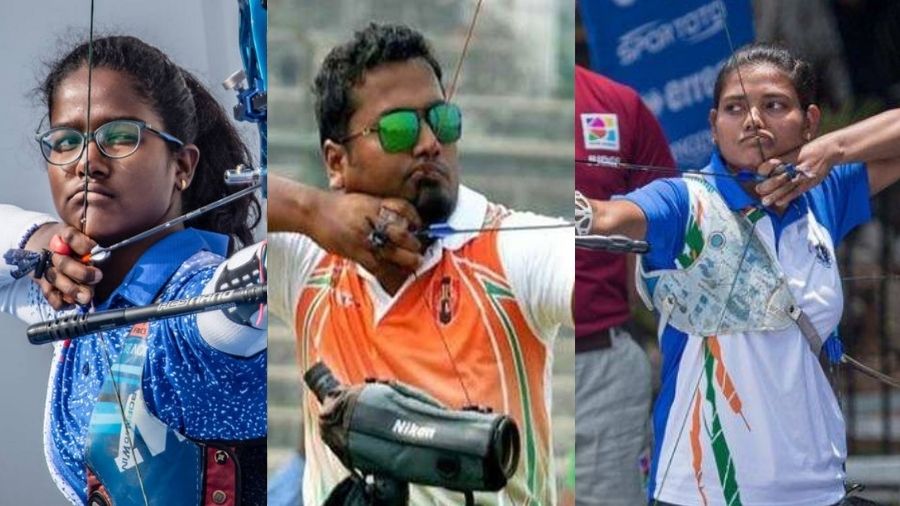 Three Jharkhand archers have made it to the 8-member Indian recurve (men and women) squad for the Asian Games in Hangzhou, China from September 10 to 25.

Olympian Jayanta Talukdar, Komalika Bari and Ankita Bhakat, all from Jamshedpur, found berths in the national squad after selection trials held at the SAI Center in Sonepat, Haryana, over the weekend.

While Jayanta is an employee of Tata Steel, Komalika and Ankita are cadets of Tata Archery Academy in the steel city.

However, Deepika Kumari and her hubby Atanu Das, both Olympians and graduates of Tata archery cradle missed the bus after disappointing outings at the selection trials. Both are currently struggling for form..

Komalika (19) won the under-18 individual title at the  World Youth Archery and Cadet Championships staged in Madrid, Spain in 2019. She became the junior world champion after clinching the yellow medal at the World Youth Archery Championship in Wroclaw, Poland. The win put the bespectacled Komalika at par with Jharkhand mate Deepika Kumari as the second recurve archer from India to hold the under-18 and under-21 world titles.

She comes from a typical Indian middle-class household. Her father, Ghanshyam Bari, works as an LIC agent while mother Lakshmi is a homemaker. Earlier, she was a trainee at a cradle run by Indian Steel & Wire Product near Telco township in Jamshedpur. She made it to the Tata cradle in 2016.

According to the Archery Association of India’s (AAI) selection policy, the top four archers from the trials will compete at the Asian Games and the first three stages of the archery World Cups in Antalya (April 17-24), Shanghai (May 15-22) and Paris (June 19-26).

Archers who were placed fifth to eighth will compete in the fourth stage of the World Cup in Medellin (July 17-24).

In the women’s recurve division, Ridhi, who won the gold at the national championships in Jammu earlier this month, emerged as the top archer over the course of the two-phase trials. Komalika Bari, Ankita Bhakat and Simranjeet Kaur were the next three.

Three-time Olympian Deepika Kumariand the current world No. 2 managed to squeeze in the top eight along with Ishita, Dipti Kumari and Aditi Jaiswal. Deepika had to settle for bronze at the nationals held earlier this week.

The archers were ranked taking into account their consistency and performances in several elimination rounds over the two phases of trials.