Around 1lakh workers belonging to various sectors participated in the protest 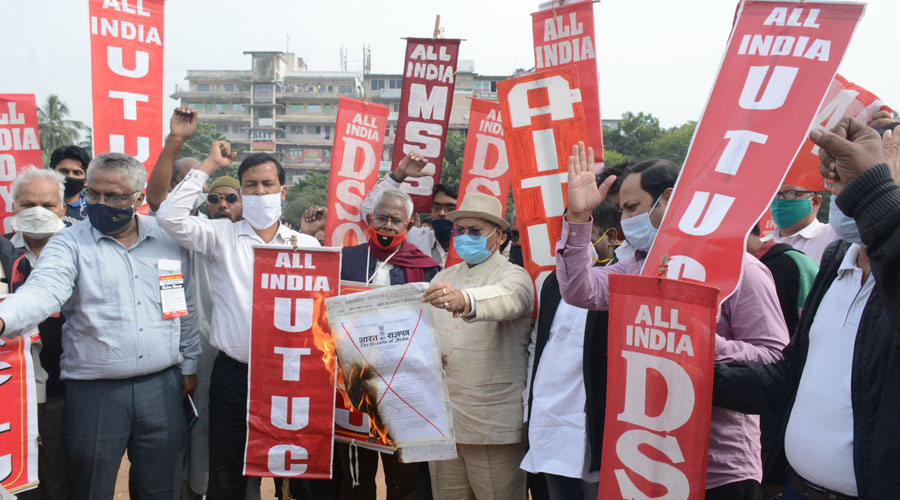 Banking, insurance and postal services in Jamshedpur and the entire Kolhan region comprising of three districts – East Singhbhum, West Singhbhum and Seraikela-Kharsawan were affected on Thursday as various trade unions joined the nationwide strike to protest the policies of the Narendra Modi government, including the new labour and farm laws.

All public and private sector banks, except for the State Bank of India, remained closed. The offices of Life Insurance Corporation (LIC) and post offices also kept their shutters down and did not transact any business as workers joined the strike.

The BJP-aligned Bharatiya Mazdoor Sangh (BMS) did not participate in the strike.

General secretary of AITUC Ambuj Thakur, who was leading the stir at the Ambagan ground said, “We got an overwhelming response of the strike in Kolhan. The strike was called to oppose the policies of the centre which is anti-labour. We are against privatisation public sector units, commercialisation of mines, new labour and farm laws.”

The strike failed to have any impact on production activities at factories based on steel city and Adityapur industrial area in adjoining Saraikela-Kharsawan district.