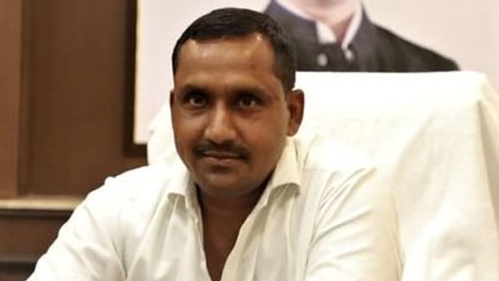 State health minister Banna Gupta and AJSU party chief Sudesh Mahto were among the 1266 people who tested positive for Covid-19 in Jharkhand on Tuesday, taking the tally in state above 25,000.

Both Gupta and Mahto tweeted on Tuesday night that they have tested positive for the SARS-COV-2 virus. “I decided to get myself tested for Covid infection today, and the report came positive. Whoever came in contact with me recently should get themselves tested,” the minister tweeted.

While Gupta had no symptoms, Mahto got himself tested after showing minor symptoms of Covid infection, he stated in his tweet. Gupta is the second minister in the Hemant Soren Cabinet to get infected by the virus. State drinking water and sanitation minister Mithilesh Thakur was found infected last month.

Meanwhile, Covid cases skyrocketed in Ranchi on Tuesday as 426 people tested positive. East Singhbhum, the second worst-affected district in Jharkhand, reported 360 fresh cases in 24 hours. As per figures with the health department, the Covid tally in Ranchi was 5059 by Tuesday night, while the number of cases in East Singhbhum was 4250.

As per government data, Jharkhand had 9359 active cases by 10pm on Tuesday, and 15709 patients had recovered. State's Covid recovery rate was 62.01 per cent. However, the Covid mortality rate jumped to 1.04 per cent as nine patients died during treatment, government figures stated.

East Singhbhum has reported 103 of the 265 Covid casualties in state so far, while 42 Covid patients have died in Ranchi. A bulletin released by the National Health Mission (NHM) stated that as many as 340 patients recovered from the infection in the past 24 hours.

The government has so far collected swab samples of 5.09 lakh people and tested 5.03 lakh of them. On Tuesday, as many as 27,260 people were tested.