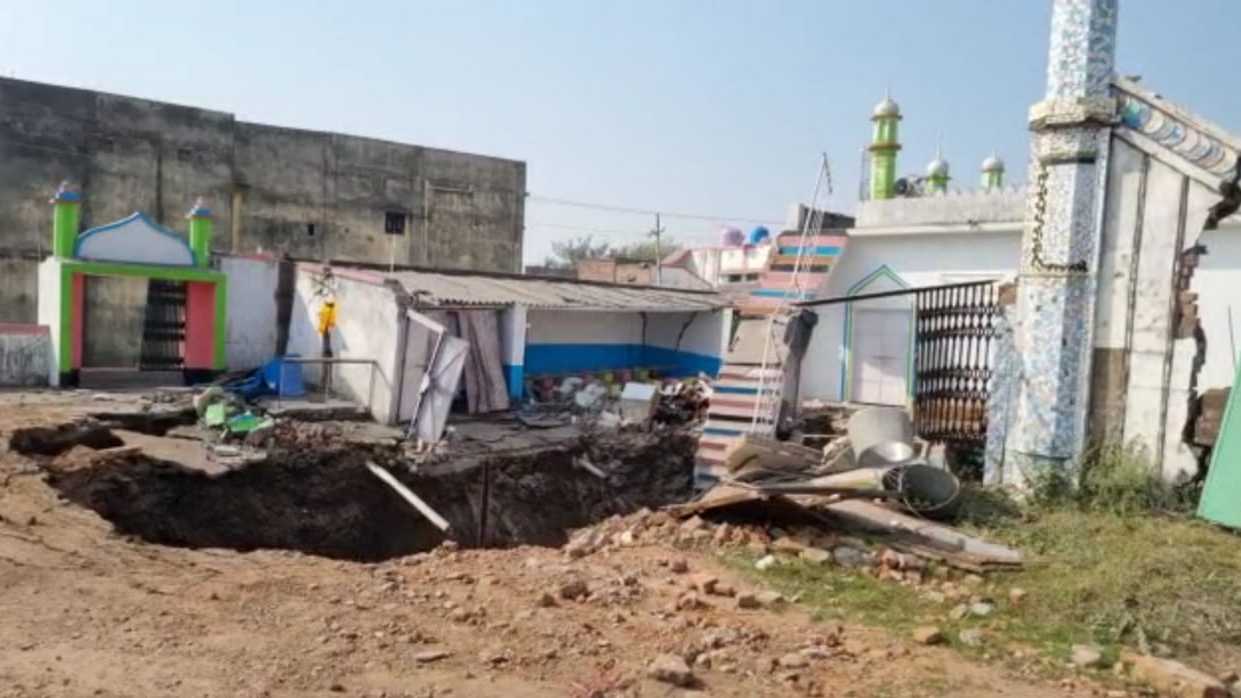 Panic rippled through the Modidih Colliery area of Sijua under Jogta police station when a major subsidence took place around 8 pm on Wednesday, due to which part of the mosque, Ada Mosque was damaged. The area is located about 17 km from Dhanbad district headquarters.

Local residents, who live near the mosque came out of their houses after hearing a loud bang. Fearing further recurrence, the residence spent the night outside the home under a plastic sheet.

The irate residents, who accused the BCCL of negligence, also reached the project site of a private coal excavator, Hilltop Hirise Private Limited and halted work.

A team of BCCL led by safety officer, Aish Ahmad which reached the site around 8.30 pm, along with the police team under the supervision of Pankaj Verma, officer in charge of Jogta police station, carried out barricading of the subsidence site and instructed people not to venture near it.

Earlier in the morning, the BCCL team again visited the site and launched the filling up operation.

Md Naushad, a local resident, said, “Over 200 people offered namaz in the mosque at around 5.30 pm and the incident took place about two hours later during which half of the mosque was empty.”

Surendra Singh, another local resident, who is also the general secretary of Coal Mines Engineering workers Union, said, “The problem is nothing new, and we have suggested various models for rehabilitation of people from the area which has been declared danger zone much earlier, but due to lack of initiative on the part of the BCCL management as well as the head-in-the-sand attitude of local administration, the problem persists.”

“People here are living in constant fear after the collapse as several incidents of subsidence have also taken place earlier in the area, including on October 17 when two craters developed in the area. In July 28, the double storey house of one Anwaru Haque collapsed in adjoining Tetulmudi village,” said Singh.

Md Manir, a resident of Modidih, said, “We have been demanding rehabilitation since long and earlier a site for rehabilitating us in Mohlidih area has also been suggested but no action has been taken in this regard.”

Aish Ahmad, Safety Officer of BCCL, said, “Some mining activity has been carried out in the area by private miners before the nationalisation of coal mines and subsidence might have taken place due to that.”