Around 50 roadside vendors were given marching orders 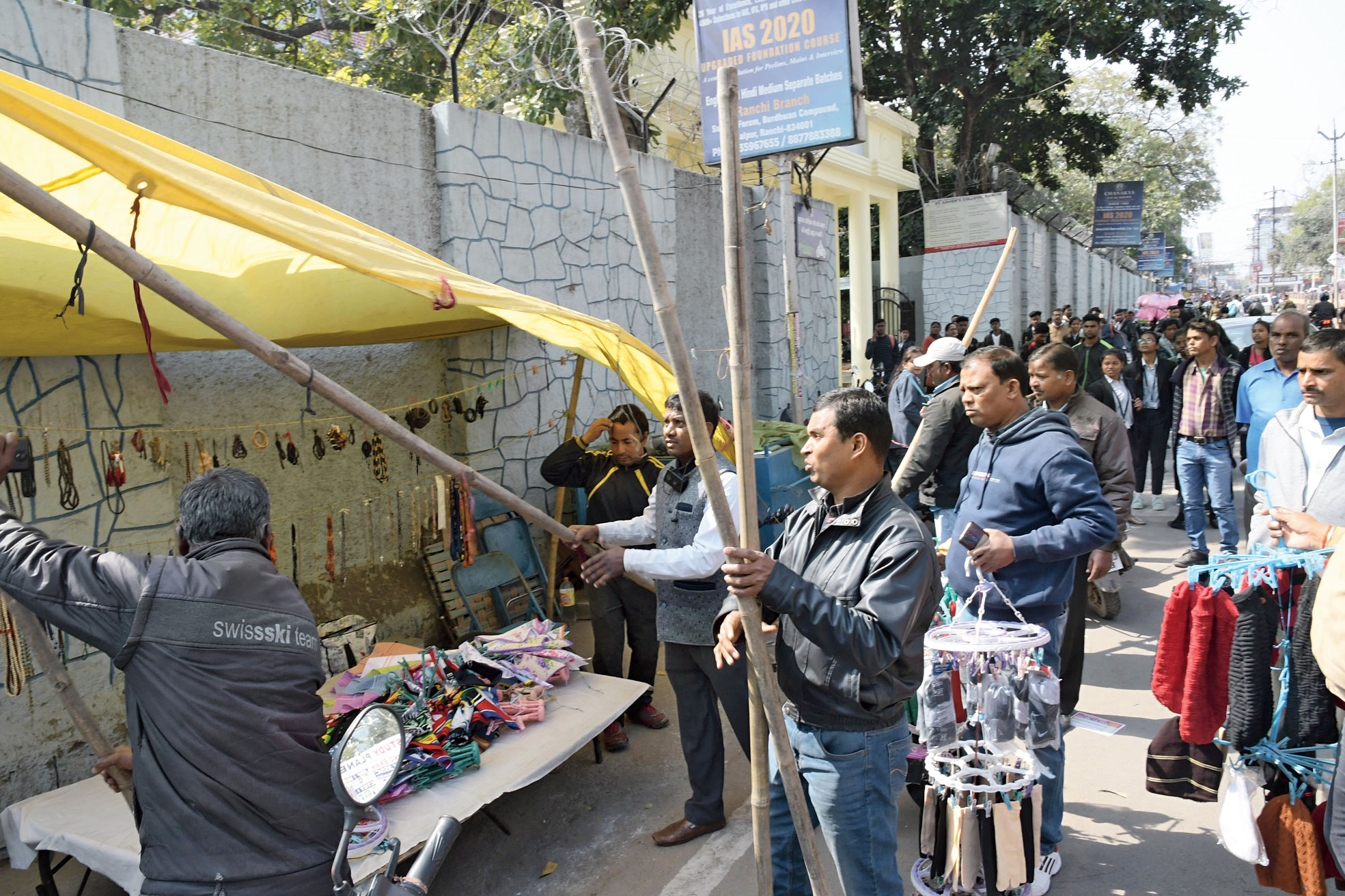 The road named after renowned Belgium-born Hindi scholar Father Camille Bulcke connects the Main Road and Circular Road which is one of the busiest arteries of the capital.

The eight-member enforcement team started the drive around 9am which continued till noon.

Around 50 roadside vendors were given marching orders. Illegal extensions of around 20 shops on the road were also removed.

Though some roadside vendors protested against the drive saying they had not been given any notice by the RMC, enforcement officials said no notice was required for such a drive.

The team also seized three handcarts when their owners refused to vacate the public space.

“This is such an important road in the capital, with landmark institutions and a huge volume of traffic. Encroachment makes things worse. That’s why there is traffic jam and the possibility of mishaps. Our drive against encroachment will continue and in the coming days the drive will be extended to other stretches of the capital,” an RMC official told The Telegraph.

Since the stretch has a good number of academic institutions, unauthorised parking on the roadside remains one of the biggest problems in the area.

The RMC official said they would direct academic institutions to ensure that their students parked their two-wheelers inside their campuses. “Or else, such vehicles would be seized,” said the official.

St Xavier’s College administration had already placed a general notice for students not to park bikes on the sides of the road.