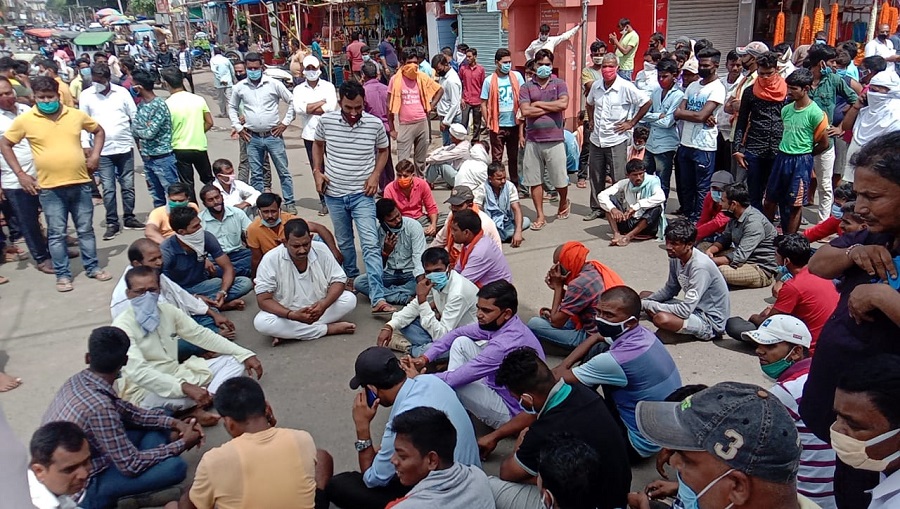 Protest erupted at Giridih's Tower Chowk for several hours on Wednesday following Rastriya Janta Dal (RJD) leader Kailash Yadav's murder. BJP leader Indralal Verma, who was with Yadav at the time of the incident on Tuesday, is seriously injured.

On Wednesday, several BJP supporters and family members blocked the city's Tower Chowk demanding the arrest of the criminals.

Officer incharge of Bengabad police station Prasant Kumar said that the 25 to 30 criminals were waiting for the duo at Motileda Dalitola. When Yadav and Verma reached the spot, they pounced on them with sticks and punches.

RJD leader Kailash Yadav who was murdered by unidentified criminals in Giridih on Tuesday night.

The culprits fled the spot only when the locals gathered around the spot upon hearing the screams. While Yadav died on spot, Verma has been admitted to PMCH Dhanbad in critical condition.

"The reason for which criminals attacked on them is yet to be ascertained. We are trying to find if it is the result of a past dispute," he said.