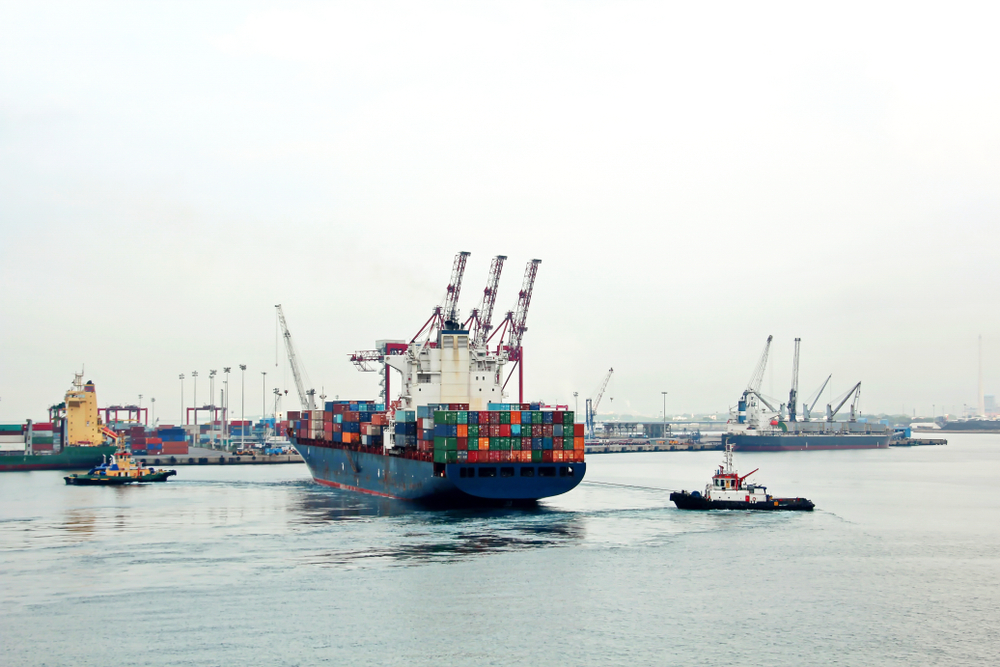 Trucks carrying mainly coal, stone chips, cement and other construction materials are loaded onto ships from Sahibganj for Manihari in Katihar district of Bihar.
(Representational image from Shutterstock)
Animesh Bisoee   |   Jamshdepur   |   Published 20.06.20, 03:08 AM

Riverine transport of cargo from Sahibganj in Jharkhand to Bihar has been suspended for over a week following differences between the Inland Waterways Authority of India, which reports to the Centre, and the Jharkhand government.

Trucks carrying mainly coal, stone chips, cement and other construction materials are loaded onto ships from Sahibganj for Manihari in Katihar district of Bihar.

The journey that used to take around 40 minutes by river is taking two days by road after the Jharkhand government stopped the use of ghats.

The IWAI took over the entire cargo-handling operations in Sahibganj after Prime Minister Narendra Modi inaugurated a multi-modal terminal (MMT) in September 2019 as part of the Jal Vikas Marg project that aims to develop the stretch of the Ganga from Varanasi to Haldia for the navigation of large ships.

But because infrastructure development at Sahibganj terminal is not complete yet, the IWAI was using the ghats from where ships used to pick up trucks before the terminal was built.

According to the previous revenue model, the owners of the six ghats at Sahibganj used to pay an annual fee to the Jharkhand government and charge vessel owners for their services. But after the IWAI took over the operations, it has been collecting the revenue.

The state has said it should get the money if the ghats are to be used. Cargo ship and truck owners said they were suffering heavy losses.

“On an average we used to ferry 200 trucks daily. The trucks used to reach Manihari in less than an hour from Sahibganj. Now, goods-laden trucks have to travel nearly 200km over two days (because of day-time restrictions on the movement of trucks on roads) to reach Manihari. As a result, the ship owners, who are not getting any consignments, and the transporters (truck owners) are incurring losses of nearly Rs 1 crore a day,” said Ankush Rajput, a representative of M/s Jai Bajranbali Stone Works, a cargo ship firm.

While IWAI officials said the issue would be sorted out soon, the Jharkhand government said it had been resolved.

“Ferrying of cargo between Sahibganj and Manihari has been stopped following the directive of the Sahibganj deputy commissioner (Varun Ranjan) earlier this month. All the ships are stranded at the ghats. We have intimated our officials and things will be sorted out soon,” said Prashant Kumar, the IWAI deputy director in Sahibganj.

Jharkhand transport secretary Ravikumar said: “The issues have been sorted out at a meeting in Ranchi with IWAI officials. Ferry services are the exclusive jurisdiction of the state. The deputy commissioner will carry out settlement (auctioning) of the ghats for different routes soon and services will resume after that.”