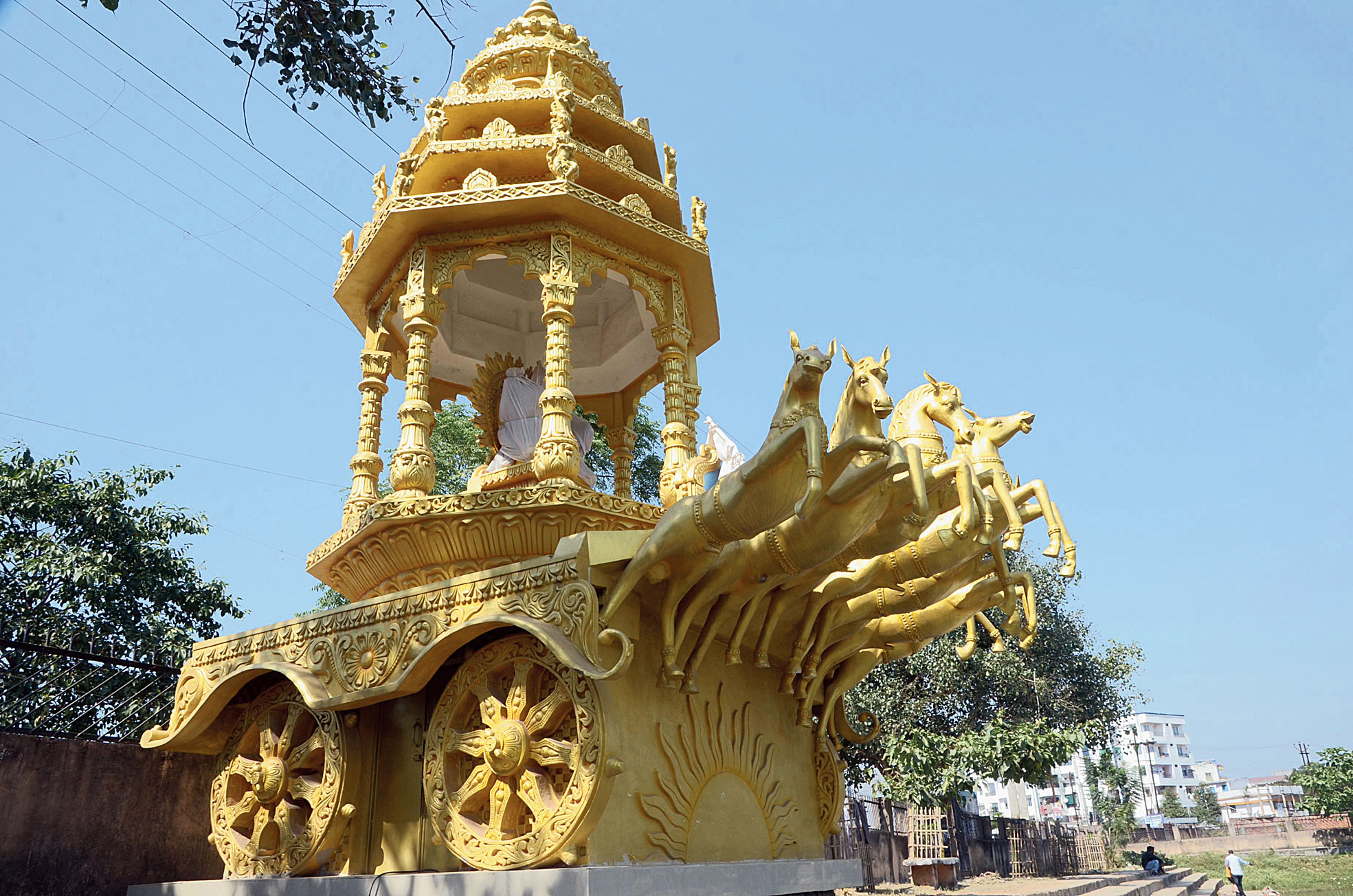 A 300sqft sun temple designed like a horse-drawn chariot near Argora pond here is likely to be inaugurated on November 11, two days before Chhath. It has been built at a cost of Rs 8.65lakh through crowd funding.

The pond, under ward 26 of Ranchi Municipal Corporation, is used by people round-the-year for bathing, washing clothes, fishing and performing various kinds of rituals.

Councillor Arun Kumar Jha said after he came to know that the temple has been constructed with people’s initiative, he deputed workers to expedite the cleanliness work.

“Rs 8.5 lakh was spent to build the temple. Sunil Kumar Sahu, a resident of the area, played a vital role in its construction,” Jha said, adding that he would get in touch with Sahu for further details.

“People will turn up at Argora pond to offer Arghya during Chhath on November 13. I want to get it inaugurated it before this, tentatively on November 11. But before that, some finishing touches are needed for which artists from Odisha are coming,” Sahu said.

“Argora pond is spread in an area of more than two acres. Apart from Chhath, people come here for bathing during Manda, a local festival devoted to Shiva. The civic body has developed the pond by spending more than Rs 50 lakh. Once the temple is inaugurated, the entire area will look more beautiful,” Kumar said.