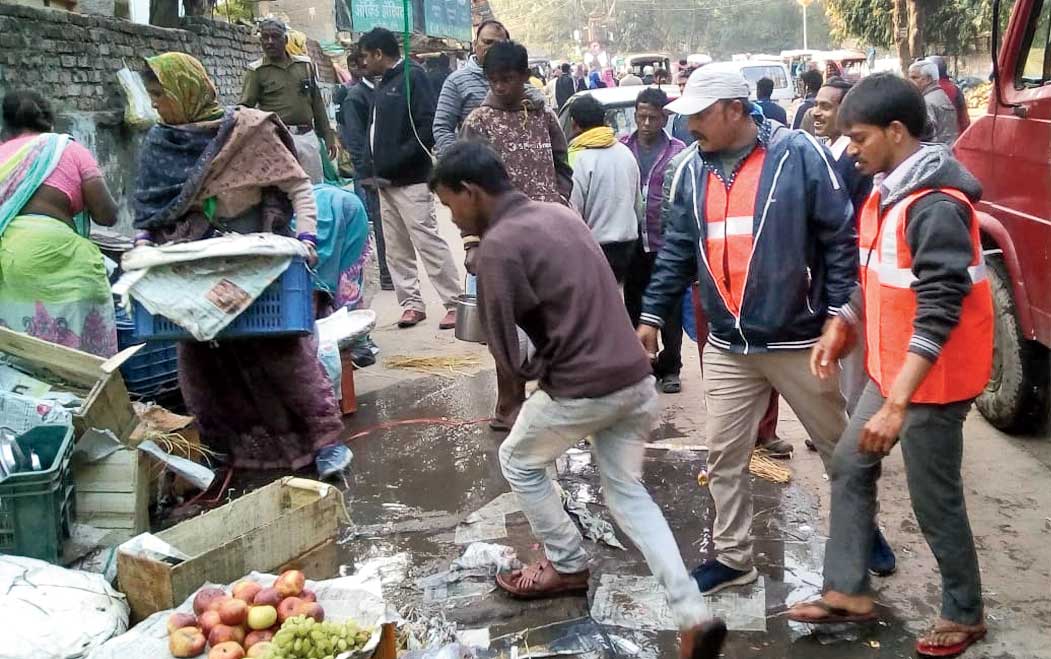 During the drive, which started at 11.30am and continued till 5pm, as many as five makeshift kiosks selling breakfast snacks and six hand carts selling fruits were seized from the RIMS premises.

On Radium Road, a tilkut shop that was eating into road space was removed after uprooting bamboo poles used to set it up. Later, the RMC team seized the poles.

A resident of Bariatu, Deepak Kumar was upset at the drive since food vendors, from whom relatives of patients at RIMS bought snacks, were no longer there.

“Relatives of patients admitted at RIMS depend on vendors for fruits and other items of day-to-day use. After the drive, they suffered a lot as they had to go out of the RIMS campus to buy necessities,” he said.

City manager Sourabh Kumar Verma, who led the RMC’s enforcement team, said apart from removing encroachments, they also acted against the use of plastic carry bags.

“After the anti-encroachment drive, we also carried out a drive against plastic bags at Morbadi ground. We imposed fines on vendors found using plastic bags. We collected Rs 4,100 in fines from vendors on Saturday. In the last four days, we collected Rs 17,000 fines,” Verma said.

Verma said the RMC would continue with the drive. “Keeping city traffic in mind, our drive (against encroachers) will continue. No one has the right to disrupt traffic,” he said.