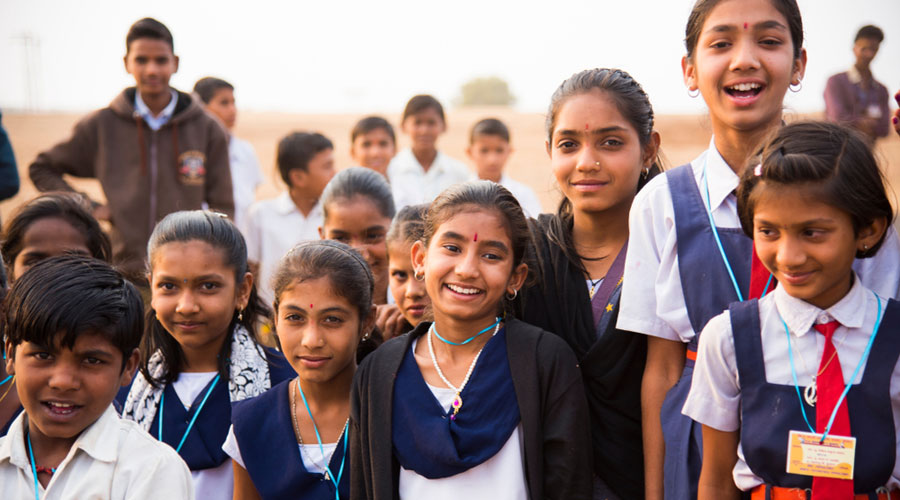 “It is well understood that young children learn and grasp nontrivial concepts more quickly in their home language/mother tongue,” said the education policy that was approved by the Union cabinet last week.
Shutterstock
Achintya Ganguly   |   Ranchi   |   Published 06.08.20, 01:58 AM

Tribal teachers and writers have said that teaching children in their mother tongue or local language, as envisaged in the National Education Policy 2020, is not a new concept in Jharkhand but deserves proper implementation.

“It is well understood that young children learn and grasp nontrivial concepts more quickly in their home language/mother tongue,” said the education policy that was approved by the Union cabinet last week.

“This is nothing new for Jharkhand as the state government wanted to introduce it (education in home/local language) long ago and even started preparing primary school books in tribal languages,” said Hari Oraon, head of tribal and regional languages department of Ranchi University.

He said the actual need was proper implementation of the policy guidelines.

“This (education in home/local language) is absolutely necessary for spreading education, particularly in rural areas, but the government has to be serious about it,” he said.

He said the purpose would get diluted if the “wherever possible” approach for education in home/local language as mentioned in the NEP is followed.

“Even if books are made available in tribal languages, teachers should have to know those languages for communicating with their students effectively,” Oraon said, adding that there are many teachers who speak Hindi and are not capable of conversing in the tribal languages.

Asked if students pursuing masters in tribal and regional languages in Ranchi University were opting to become teachers, Oraon replied: “A student needs to get an additional BEd degree and also pass a specific eligibility test for becoming a teacher but not many followed through.”

“In some schools, teaching is imparted in tribal languages like Santhali, Mundari and Ho through private initiatives but it needs to be implemented in government-run schools to make it a success,” said Madan Mohan Soren, a Santhali writer attached to Sahitya Akademi.

Even teachers who speak other languages but can communicate in local languages can manage it until teachers speaking specific languages are appointed, he opined.

“We (Jharkhand schools) are in a better position as textbooks for Classes I and II are now available in Ho languages and some teachers have also been appointed recently,” said Krishna Devgam, who teaches at an upper primary school at Nimdih near Chaibasa. “Though they (teachers) don’t speak Ho, some of the teachers can communicate in the language and that helps a lot.”

He said the teachers also try to use locally available aids for communicating with students in a better way.