A team of anti-corruption bureau (ACB) sleuths from Jamshedpur nabbed the head clerk of Jharkhand Bijli Vitran Nigam Ltd (JBVNL) posted at the power discom’s Chandil division in the adjoining Seraikela-Kharsawan district about 30km from the steel city on Saturday.

The accused, Naresh Kumar Rabbani, 45, was held while he was receiving Rs 600 from a JBVNL consumer, identified as Rajesh Kumar Mahato, at the former’s office in Chandil.

Deputy superintendent of police, ACB, Jitendra Dubey who had led the six-member team said Mahato wanted a fresh power connection at his house in Chandil and had made his application online, but the head clerk was not processing his application. As the accused had demanded Rs 600 for processing the application, Mahato agreed to pay the money; however, on Tuesday, he lodged a written complaint with the ACB’s Kolhan commissionerate at Sonari in the steel city.

“Having received the complaint, we got it verified and found it prima facie true. Then we asked the complainant to go ahead and pay the sum to the head clerk at his office. We raided the office at the given time and nabbed the head clerk,” said Dubey while talking to The Telegraph Online.

Dubey said the currency notes that Mahato had given to the accused were smeared with phenol ethylene, a white powder which turns red after coming in contact with water. Besides, he pointed out, they had also jotted down the serial numbers of the currency notes in presence of an independent witness before handing them over to the complainant.

He said that after the arrest was made, the bureau sent the accused to Chaibasa divisional jail after producing him before a judicial magistrate in Seraikela.

The general manager at JBVNL’s Singhbhum electricity supply area, Arvind Kumar, admitted that there was corruption at the lower level and the consumers might be suffering.

“I will try to ensure that no consumer has to pay a bribe for any service by the discom,” said Kumar, under whose jurisdiction Chandil division falls. 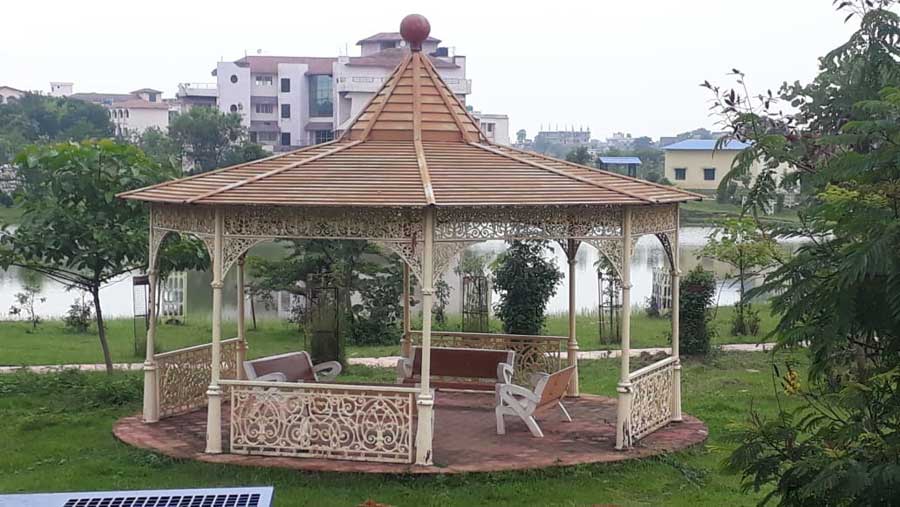 The four gazebos at Vinoba Bhave University have become centres of attraction for people visiting Hazaribagh. They were constructed during the tenure of former vice-chancellor Gurdeep Singh.

Of the four pavilion structures, one is near the indoor stadium and two in Vinodini Tarwey Park. The fourth one houses the statue of Vinoba Bhave.

Officials said the cost of the construction on the 67-acre university campus was Rs 28 lakh.

Smita Kumari, a student of the university, said that she loves to spend her free time there. Another student said the structures attract visitors. He also acknowledged the campus and added that the gazebos and ponds have added a unique look to it.

Officials said efforts are being made to beautify the university by planting trees and flowers across the campus.

The university is offering various professional courses and organising campus interviews. It is 5km from Hazaribagh district headquarter in Sindoor on Ranchi-Patna Highway (NH-33). 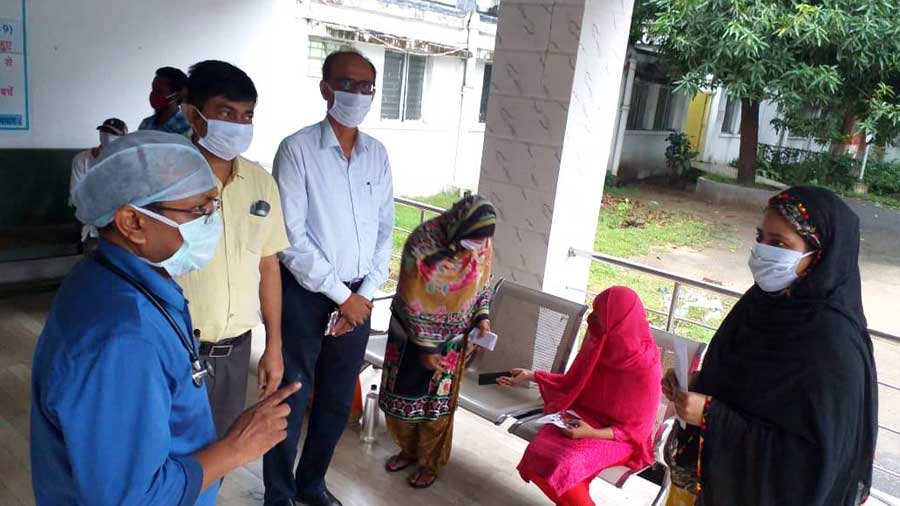 Five new cases of the coronavirus were reported from Bokaro on Saturday.

Most of the cases surfaced at Bokaro Steel Township.

Officials collected 593 samples on Saturday and sent them for tests. This is the highest number of tests in the district in a day.

A 33-year-old man from Sector 4/A, who came from Patna, tested positive.

“Preparations are being made to shift everyone to the Covid-19 hospital. Contact tracing of the five persons is being done to prevent the spread of the virus. The Bokaro district now has 39 active cases,” said Mukesh Kumar, deputy commissioner, Bokaro.

The Nodal officer of Bokaro General Hospital, Rakesh Kumar Gautam, said the number of Covid-19 patients in Bokaro has increased over the past few days. “The hospital is fully prepared to deal with any situation. Doctors have appealed to residents to follow Covid-19 norms strictly. They must wear masks, maintain social distancing and wash hands frequently to prevent the virus from spreading,” Dr Gautam said.