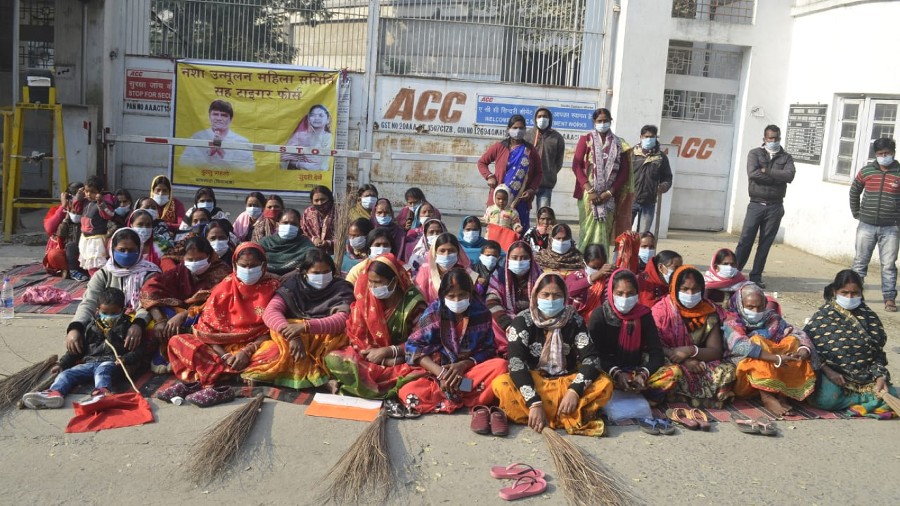 Local transport and work were disrupted due to the day-long chakka jam organized by local job seekers, outside the Associated Cement Plant of Sindri. The protest turned violent when protestors began to pelt stones, following which the police lathi-charged those assembled before the cement plant.

During the clash, several policemen including Dhanbad’s sub-divisional officer, Surendra Prasad received minor injuries. Following which district administration imposed section 144 in the area. Around three persons were arrested from the site.

A first information report (FIR) has been lodged against several individuals responsible for the stone-pelting episode.

Notably, over 500 local job seekers of Sindri carried out a chakka jam to disrupt the transport system of the cement factory, since early morning. The protest was organized under the banner of two different organizations ‑ Bhartiya Mazdoor Sharmik Sangh and Tiger force. The protestors had a single demand - the creation of more contractual jobs for the local residents of Sindri.

When sub-divisional officer, Prasad, reached the site at around 2.30 pm, he tried to initiate talks with the demonstrators led by district president of Tiger Force, Dharmjit Singh (sitting outside the ACC Sindri plant) and the ACC administration.

During the discussion, the protesters agreed to have another meeting with ACC Sindri management on December 4.

To quell the unruly mob, the police lathi-charged and even arrested a couple of the protestors.

Talking to media, SDO Prasad said, “The negotiation concluded on a happy note. We had even fixed a date for the next meeting. But some persons resorted to stone-pelting.”

He added, “We are not going to spare any trouble maker. Those who were present during the meeting will also be held accountable for the violence that took place, as they were equally responsible for maintaining peace.”