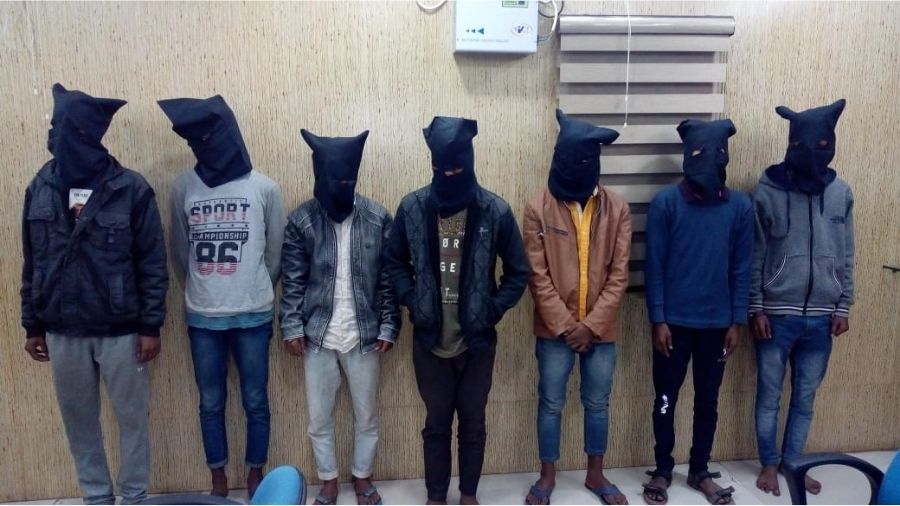 Police on Saturday busted a racket, which used photos of women to extort money out of them, in Kapka Village under Barkatha police station and arrested seven involved while seizing eight mobile phones from their possession.

The cops were hunting for them following complaints that they were posting photographs of women on online pornographic sites and later demanding money from them to remove those. The photographs of the women belonging to well-to-do families were being taken without their knowledge from social media platforms. 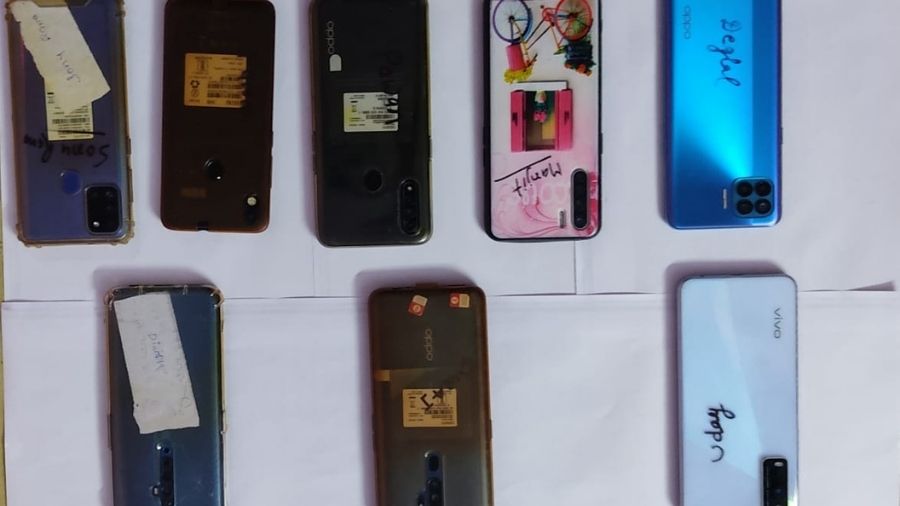 Mobile phones that were recovered from the possession of the accused.
Picture by Vishvendu Jaipuriar
Advertisement

Revealing details of their modus operandi, the Superintendent of Police Karthik S said the accused had registered themselves as sex service providers on sites such as Oklute and Skokka. Once somebody asked them for service, they would take the money in advance and block their numbers. Meanwhile, they used pictures of women available on their social media accounts.

He added that they posted the photos on the two websites and later called the girls’ families to extort money out of them in exchange of removing those pictures.

According to sources in the police department, the families, who did not even know that the pictures were taken from the social media handles, transferred the amount out of fear. However, few of them resorted to the police, following which the investigation kicked off.

Karthik said that the gang had made more than Rs 8-10 lakhs over the past six months in this manner, adding that details of the victims and trail of money is being traced and further investigation is underway.