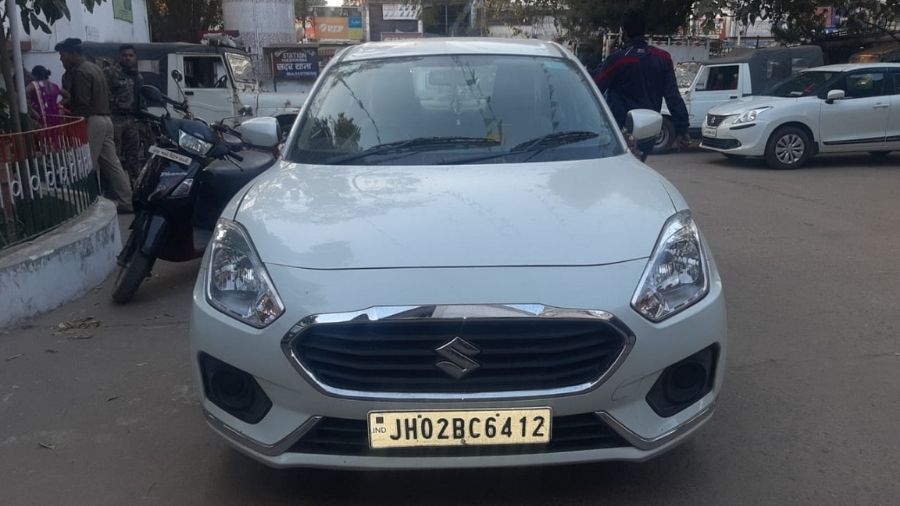 Police had on Monday seized the car in which the contract killers were travelling, from the Ichak More on Ranchi-Patna highway.
Picture by Vishvendu Jaipuriar
Vishvendu Jaipuriar   |   Hazaribagh   |   Published 09.12.20, 09:28 PM

Hazaribagh Police on Wednesday arrested a woman who had hired three contract killers to murder her husband Sanjay Singh, a forest officer. They had on Monday foiled her plan by arresting the trio, including her boyfriend Naveen Rana.

Police were looking for the wife, Rakhi Sinha, who had absconded after they arrested the contract killers who were on their way to Gaya to kill her husband. They were intercepted near Ichak More on Ranchi-Patna highway, and their car got seized.

Rakhi had promised to pay Rs.5 lakh for this work and paid Rs.90,000 as an advance money. Police had recovered the amount, which the men had distributed among themselves.

Officials said they got an input that Rakhi was in the house of her relative at Shivpuri Mohalla in Hazaribagh town, following which a police team was sent to arrest her.

During her interrogation, she confessed to have hired the killers to murder her husband.

Sub Divisional officer of Sadar, Kamal Kishore told The Telegraph online that Rakhi was arrested and she had admitted her involvement. He said she also told them that she was having an extra-marital affair with Naveen Rana, one of the arrested contract killers.

Naveen told the police that he was a friend of Sanjay Sinha and had developed a relationship with his wife. He said both of them wanted to stay together and hence had planned to do away with Sanjay.