Other hot picnic spots in and around Jamshedpur include Dimna Lake, Hudco Lake, Joyda along NH 33, Sitarampur Dam, and Narwapahar 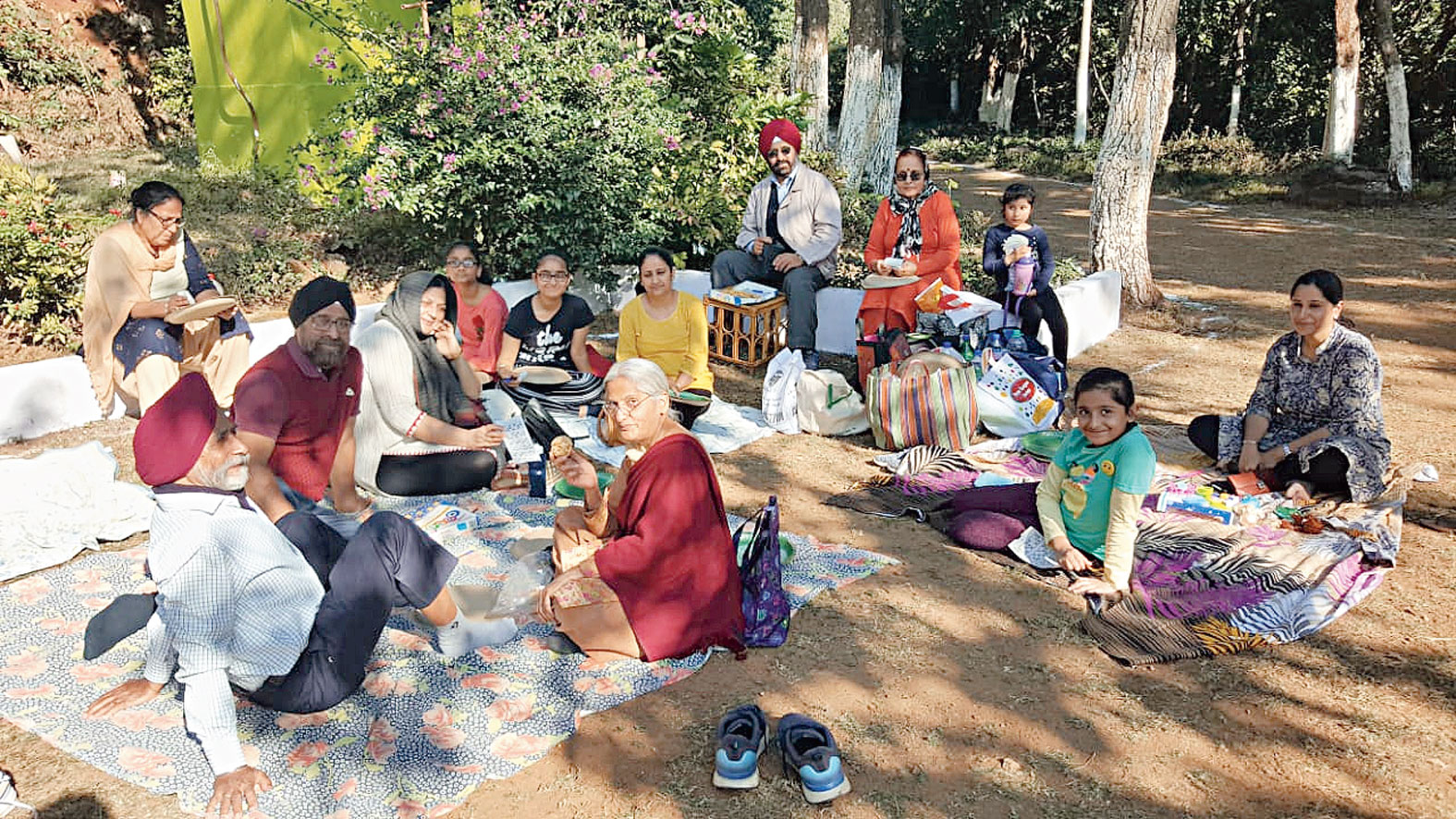 Scores of picnickers from the steel city and surrounding areas are visiting the scenic Dalma Wildlife Sanctuary to bask in the winter sun amid nature.

“The number of picnickers is increasing every day. Some go uphill while others prefer the foothills. Space is not an issue at the sanctuary. Entry of trucks, cars and bikes have gone up,” a forester said.

People mostly prefer a spot in front of the Pinderbera forest guest house, located 14km from the main entry point at Makulakocha.

“Yes, the space remains filled with picnickers as watering holes are not very far away. Picnickers visit the Badka Bandh, Chotka Bandh and Majla Bandh to click selfies before rushing to enjoy piping hot food,” the forester added.

Most picnickers carry food from home as cooking is a problem in the hills of the elephant abode. However, food is cooked in the foothills at a spacious forest guesthouse — which has been turned into a tourist getaway address — in Makulakocha.

The four-room guesthouse has a spacious ground in the rear. Picnickers order food cooked by villagers. There are public toilets outside the facility.

Avtar Singh, a former Telcon employee, visited the sanctuary for a picnic with his family and relatives on Sunday. He said Dalma was a nice place for picnic and he wished to return.

“We did not get any space in front of Pinderbera. So we proceeded ahead and found a vacant spot. The forest staff at Pinderbera were very cooperative and also guided us to watering holes,” he recalled.

Dalma range officer (West) Dinesh Chandra said the sanctuary was witnessing picnickers in good numbers. “This was not the scene last year. It is very different this year,” he added.

Other hot picnic spots in and around Jamshedpur include Dimna Lake, Hudco Lake, Joyda along NH 33, Sitarampur Dam, and Narwapahar.