Of late, commuters have accused the JNAC of excesses in implementing the system of paid parking in the steel city 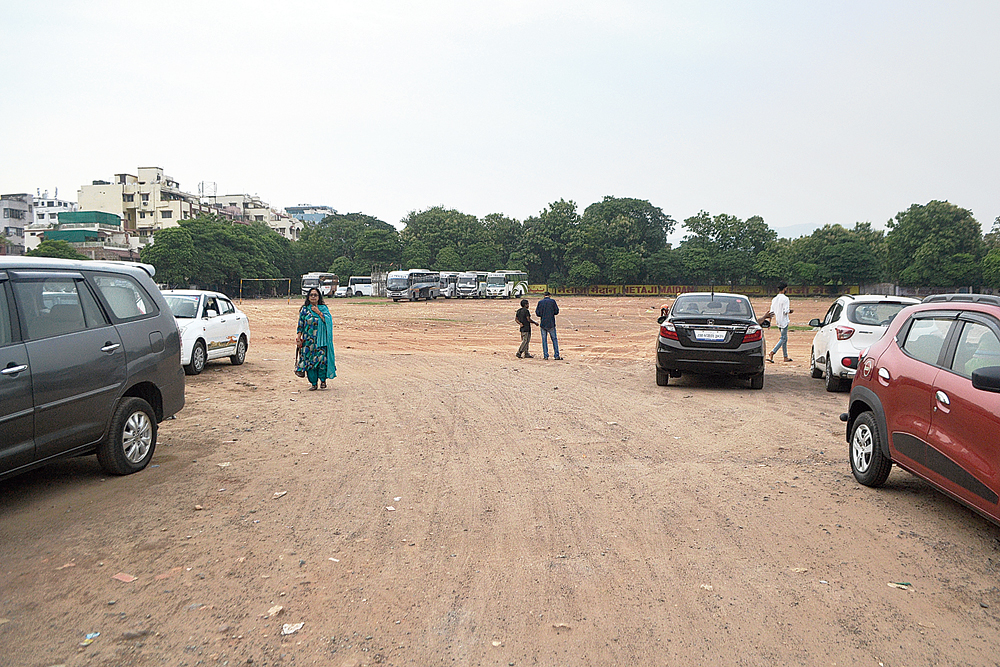 Vinay Kumar Choubey, 61, went over to Aambagan grounds in Sakchi on Tuesday and parked his bike beside a platform that he sat on to wait for the nearby Provident Fund Office to open. But as soon as he sat there, a man turned up and handed him a parking slip of Rs 10.

Choubey, a Mango resident, asked why he should pay for parking at a public place. The man, with an ID card provided by civic body Jamshedpur Notified Area Committee (JNAC) authorising parking fee collection, asked Choubey to pay up Rs 10 as “the grounds had also been included under parking space”.

Golmuri’s Sanjiv Kumar Verma, 40, waiting on his two-wheeler for a person at Ramlila Maidan in Kashidih near Sakchi market, was also asked for Rs 10 from a parking fee collector. Verma paid but wondered how Ramlila Maidan could become the civic body’s parking lot.

Of late, commuters such as Choubey, Verma and many more have accused the JNAC of excesses in implementing the system of paid parking in the steel city.

They claimed the JNAC had included every open space, road and lane with commercial establishments in Sakchi and Bistupur as parking lots. In commercial hub Sakchi, parking collectors take up to Rs 150 a day. push-cart vendors alleged.

Parking contractors — and their employed collectors — are also not following the rule of not charging any parking fee for the first 15 minutes, commuters say. “The slip arrives the moment you stop your vehicle,” Verma said.

Asked, JNAC special officer Krishna Kumar claimed they had included new areas, including the Aambagan and Ramlila grounds, as parking spaces in view of people’s convenience.

“Though the vehicle owner has to pay Rs 10 (for a two-wheeler) or Rs 20 (for a four-wheeler), by doing so the owner is ensuring the safety of his or her vehicle,” Kumar said. “The authorised parking man keeps an eye on the vehicles constantly.”

When contacted, Dhalbhum subdivisional officer Chandan Kumar, under whose office the JNAC functions, did not appear convinced by the civic body’s arguments.

He said the administration had received a number of complaints against the haphazard parking system in the steel city. “We will not only look into inclusion of places like Aambagan grounds and Ramlila grounds, but also how the JNAC increased the parking charge from Rs 5 to Rs 10 in one go,” the SDO told this reporter.

The SDO also added that he would soon convene a meeting of parking contractors and the JNAC special officer to sort out these matters in public interest.