Parade of pride in steel city 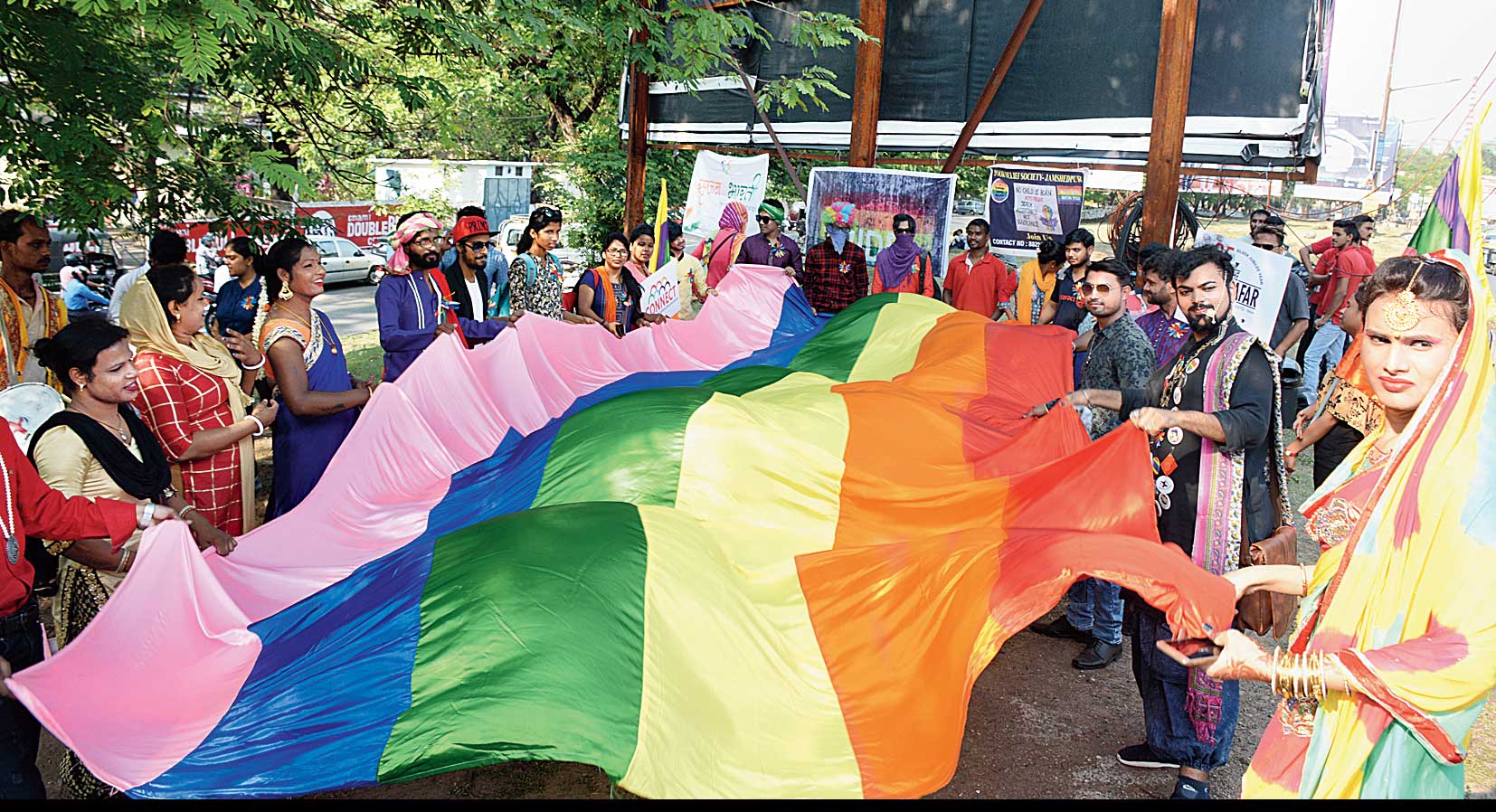 If last year the Pride Parade was a fight for equality, this year it marked the celebration of a milestone.

Over 60 members of the LGBTQ (Lesbian, Gay, Bisexual, Transgender and Queer) community in Jamshedpur came together for the second consecutive year to take part in the Pride Parade held for the first time after Supreme Court decriminalised homosexuality on September 6, 2018.

The parade, supported by social workers and several social outfits, including Mumbai based Humsafar Trust, kicked off from Bistupur in front of P&M Hi-tech City Centre and travelled from Bistupur Main Road to Gopal Maidan covering a stretch of 2km. Some of the activists had also come from Delhi and Calcutta

According to transgender people and members of the LGBTQ community, abolishing Section 377 has helped to change the mindset of people to a great extent.

“Earlier we were looked down upon by people. From my personal experience I can say that now we can walk with our heads high. There is a lot more awareness on the LGBTQ community and people have started behaving better with us,” said Soumya Kinnar.

Tannu Khan from Ranchi, who was also part of the parade, said after Supreme Court’s verdict the entire community had managed to earn some respect over the last few months. “I won’t say the situation has completely changed but yes it’s a good start. More and more people are talking about us and we are no longer heckled or mocked at. We can hope for a better future,” said Tannu, who owns a salon in Ranchi and is also a mehendi artist.

Last year, Jamshedpur hosted the first Pride Parade, 19 years after the first parade was held in Calcutta in 1999.

“We have received tremendous support from Humsafar Trust and several other organisations. On Saturday we also organised a panel discussion on LGBTQ rights,” said Amarjeet Singh, another LGBTQ activist from Jamshedpur.