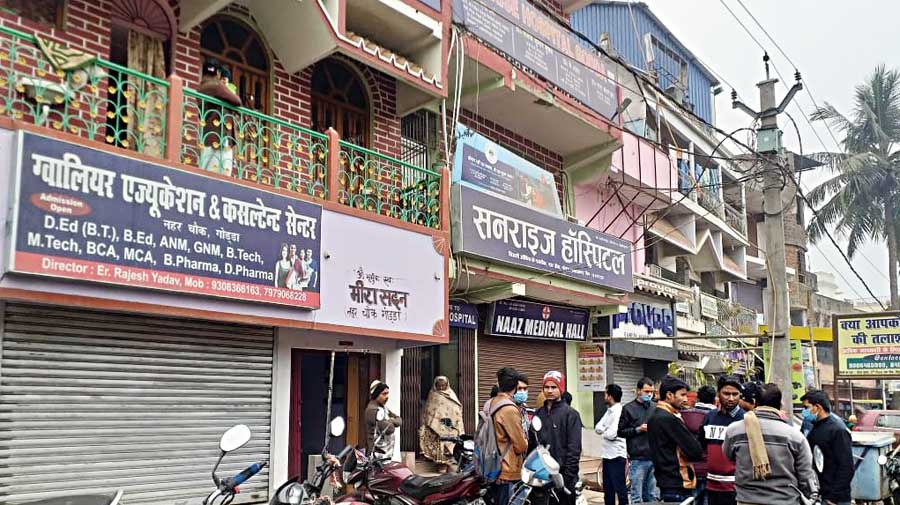 A major tragedy was averted as more than 20 newborns had a miraculous escape when the sick new born care unit (SNCU) at a private hospital caught fire on Thursday morning (8am) in Godda, around 330 km from Jharkhand capital Ranchi.

According to Godda town police station officials, in all 21 newborns were kept at the SNCU of the single storied (G+1) Sunrise Hospital in Godda. At around 8 am smokes started billowing from near the air-conditioned units of the SNCU and in a few minutes smoke and flames could be seen all across the SNCU.

“However, timely action by the staff on duty along with nursing staff helped all the 21 new borns to be transferred from the SNCU with oxygen support to the ground floor and also douse the flames using the fire extinguishers kept at the hospital by the time fire tenders arrived at the spot. Though it is too premature to ascertain the real reason for the fire but short circuit is being assumed as the likely reason,” said a police official preferring anonymity.

“All the new borns are safe and have been shifted to SNCU at Sadar Hospital and few private hospitals. The SDO Godda, Rituraj has been asked to probe into the incident and submit a report. After the report appropriate action would be taken against the management of the hospital,” said Bhor Singh Yadav.

The hospital does not have an emergency exit and has only one staircase.

Several attempts to contact the owner of the hospital Dr M. Junaid Alam failed to evince any response.