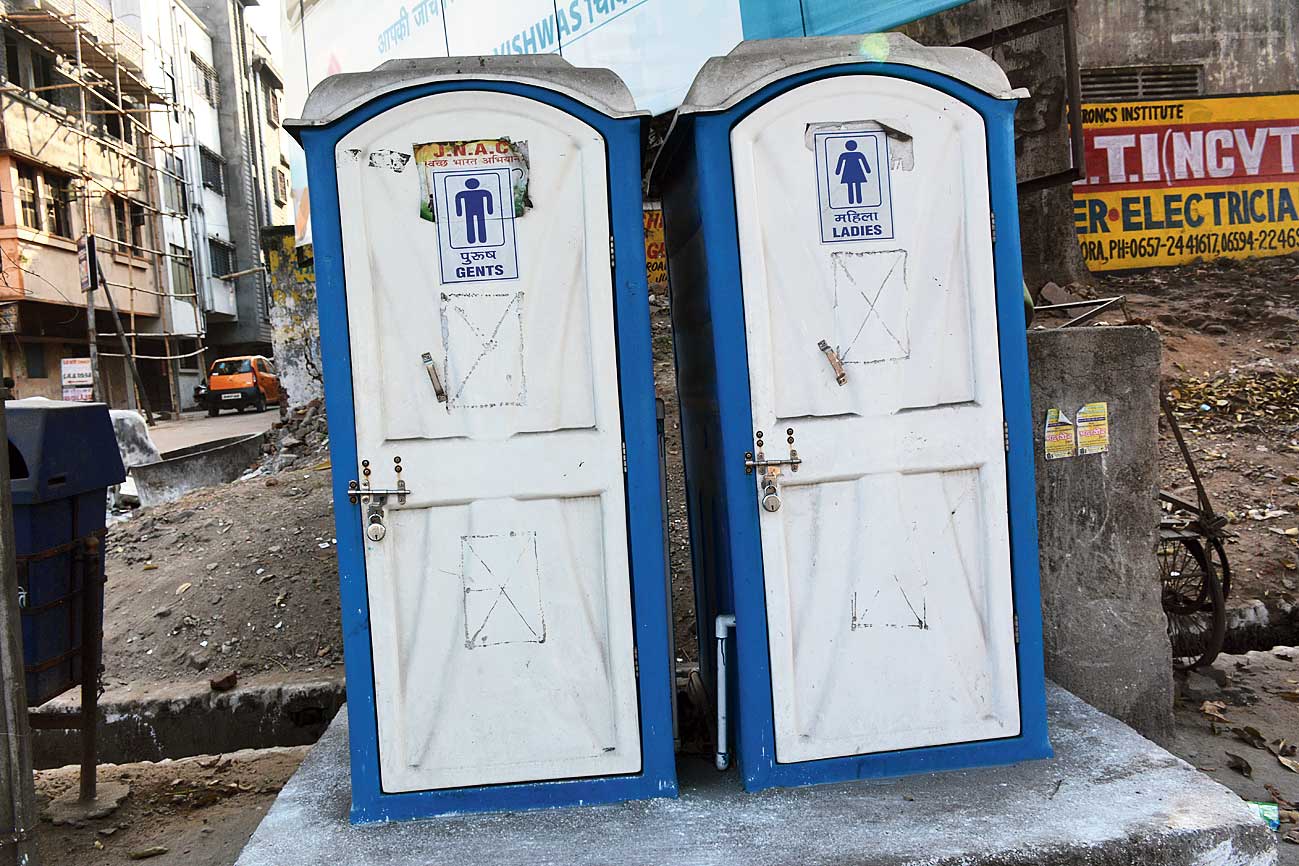 “It is surprising that the community toilet is lying under lock and key in a vulnerable open defecation spot like Domuhani in Sonari. The JNAC along with Jusco is leaving no stone unturned to create awareness on sanitation and prosecuting shopkeepers littering in the open, but a crucial element for open defecation free efforts — a community toilet — is lying closed for the last few days,” said Amar Nath, a Sonari-based businessman and a regular morning walker on the Marine Drive.

He said the JNAC should immediately initiate efforts to ensure that the loo was kept open at least during daytime.

Significantly, between 2017 and 2018, JNAC had constructed 35 community toilets mostly in open defecation areas, 23 public toilets (most of which are managed by social outfits) and 12 modular toilets and portable urinals in market areas along roads.

“I had read in the paper that the JNAC enforcement team is prosecuting those urinating in the open. However, a portable urinal in an important market area like Golmuri is lying locked. Where will one go if he needs to relive himself?” said Vishnu Sahu, an egg vendor along Golmuri Main Road and a resident of Ramdev Bagan.

“Toilets are open. It is possible that private agencies, which are responsible for the upkeep of the toilets, may have locked them up for a couple of days for maintenance work. However, we will look into the issue and ensure that the loos open soon,” Krishna Kumar said.

Sources in JNAC, however, admitted that some of the portable and modular urinals were made operational in a haste without proper water connections and had to be locked up for maintenance.

Significantly, Jamshedpur finished 30 in the 2018 ranking.

Data will be collected from four broad sources — service level progress, direct observation, citizen feedback and certification. Each source will have 1,250 marks.

ODF certification and its sustainability (maintenance of toilets) will come in the service level progress.

Field verification will be done by surveyors next week.