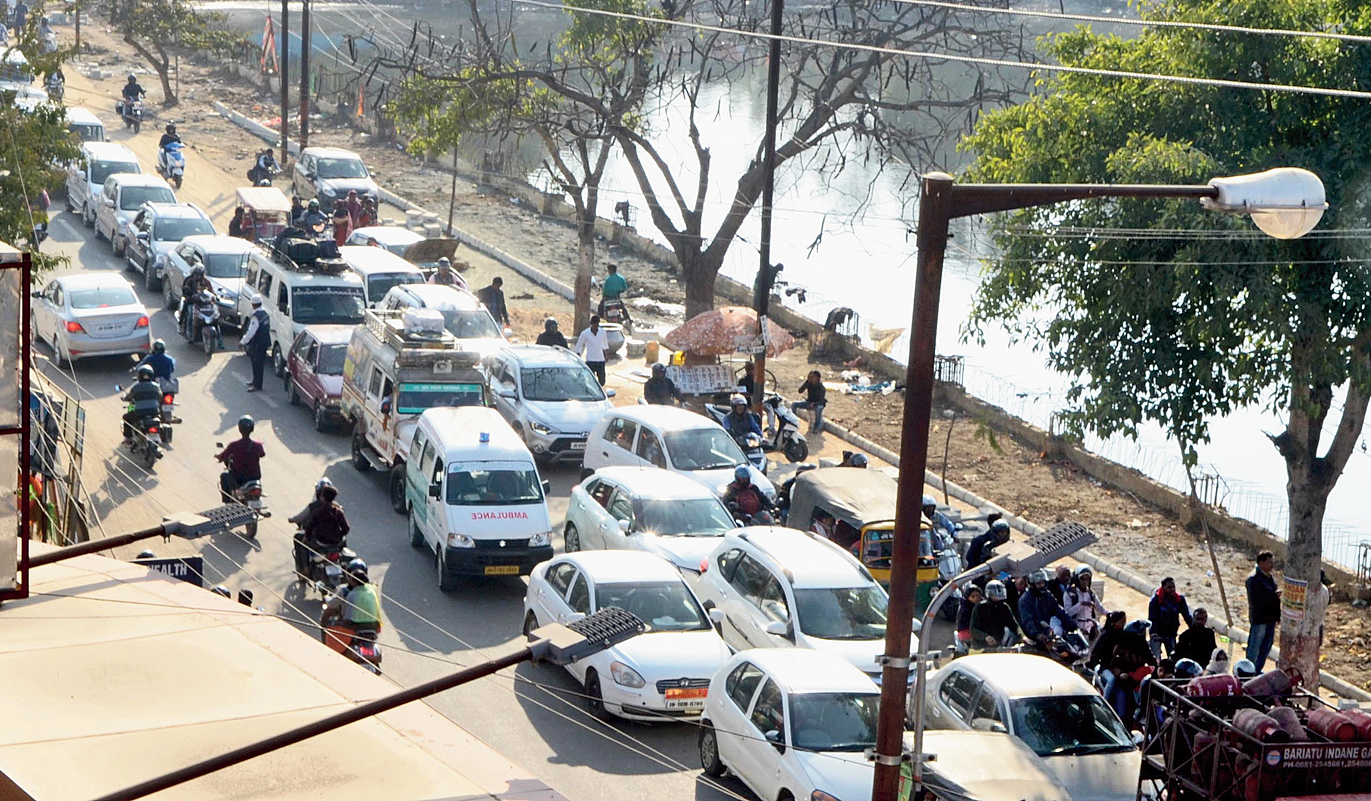 The problem of poor traffic management in the state capital runs so deep that even a high court rap fails to make things fall into place.

Vehicles crawled on several roads on Friday, a day after Jharkhand High Court came down heavily on poor traffic scenario after a judge was caught in a bottleneck at Karamtoli Chowk in the heart of the city.

“I got stuck in a snarl for 15 minutes at Karamtoli Chowk where the signal turns green only for 20 seconds,” Santosh Munda, who was headed towards Morabadi grounds to enjoy khadi fair with his family, said.

Anantpur resident Tribhuvan Singh shared a similar experience. “I had to spend one hour to reach Kantatoli Chowk from Rajendra Chowk as the stretch between Sujata Chowk to Siromtoli Chowk was congested in the morning,” Singh added.

To compound the problems of commuters, the traffic light at Lalpur Chowk conked out resulting in long queues of cars.“The traffic flow on Circular Road was affected by the malfunctioning signal at Lalpur Chowk. The traffic cop was finding it hard to regulate vehicular movement,” businessman Dinesh Agrawal said.

SP (traffic) Ajit Peter Dungdung admitted the problems, but assured improvement in a couple of days.

Vehicles stranded on a stretch between Jail Chowk to Lalpur Chowk on Circular Road.

A traffic cop manages vehicles as the signal conks out at Lalpur Chowk.

Cars queue up between Siromtoli Chowk and Sujata Chowk.
Pictures by Prashant Mitra

“On the basis of public feedback, we visited some roundabouts and squares on Friday to estimate vehicular flow and adjusted the timer of traffic signals. The duration of green light was increased to 75 seconds from 45 seconds at Sujata Chowk for vehicles going towards Main Road. This helped in free flow of traffic. We also ensured that the green light did not continue flashing on roads with no vehicles. ,” Dungdung said.

He said the move helped clear snarls in some pockets of the city.

“We will collect seven days’ data from cameras and feed it in the interface of the signalling system. It will help set the traffic light time in a scientific manner,” Dungdung added.

However, there were a few stretches where the congestion appeared to be less severe. “There was no jam on the stretch between between Sujata Chowk and Albert Ekka Chowk around noon. I crossed the stretch in just 10 minutes on my bike,” Arun Sahu, a resident of Argora, said.

A traffic cop explained why. “After the HC rap, the constables were more alert. They did not allow unauthorised parking and traffic remained free.”