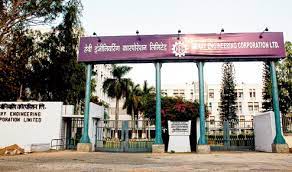 An official of HEC confirmed the developments stating that JBVNL disconnected power supply at around 2pm due to outstanding bills. “The management is working out a solution. HEC, as it is in deep financial crunch and this development will further complicate the situation as the company has slew of business commitments to fulfill to entities like railways, defence, ISRO among others,” he said, unwilling to be named.

“State government is in tussling with union power ministry over pending dues of DVC. The tussle complicated after Centre resorted to auto deduction of pending money from state’s RBI account last year. This month too, reportedly, some Rs 700 crores were deducted from state’s account towards payment of DVC. One wonders if the sudden action against HEC is because of state-Centre tussle,” stated another official.

JBVNL’s general manager of Ranchi circle P K Srivastava confirmed that they have stopped electricity supply talking to reporters finding no other alternative. “The dues in tune to about Rs 129 is currently outstanding and we haven’t received any payments since over last one year or so. Finally, JBVNL is forced to cut the power connection,” he said.

Dhanbad: Deprived of their pension and gratuity, a delegation comprising retired college and university professors sent off an SOS to the state government through Purnima Singh, the Congress MLA of Jharia. They have demanded for the immediate revision in their pension, in accordance with that of University Grants Commission’s 7th pay scale.

The MLA who agreed to the demands made of the members of delegation assured to raise their issue before the government today itself.

The five-member delegation led by former president of Vinoba Bhave Teachers Association (VBUTA) while talking to The Telegraph Online immediately after the meeting, “We have particularly raised the issue of such teachers who have retired before January 1, 2016 as they are deprived of the benefits of revision of their pension as per the UGC 7th pay scale.”

“We are getting around Rs 10,000 to 15,000 lesser pension every month. We are still being paid as per the 6th pay commission recommendations and not 7th,” said Singh

“We can’t understand the reason for delay in the pension revision in Jharkhand when the same has been carried out in majority of other states, including neighbouring, Bihar and Odisha,” said SC Gorai, former Head of the Department of Zoology of RSP College, Jharia who is also the zonal secretary of VBUTA.

“Due to non-implementation of UGC 7th scale benefit we are also deprived of our due gratuity as while those who have retired after January 1, 2016 have received around Rs 30 lakh as gratuity others like us who retired before January 1, 2016, when UGC 7th pay scale was implemented in Jharkhand have received only Rs 10 lakh as gratuity” said retired Hindi professor, Mrityunjay Upadhyay. They have also demanded the MLA to increase their gratuity at least to Rs 30 lakh.

Jamshedpur: A BSF officer’s wife committed suicide by hanging herself at their residential flat in posh Sahara City, which falls under Mango police station area at the wee hours of Tuesday.

Identified as Nitu Singh (45), the deceased who a mother of two teen-aged daughters was residing at her house alone while her husband JK Singh, deputy commandant, BSF was posted in Punjab.

The deceased had left a six-paged suicide note which the police have recovered from the residence.

According to the suicide note, Nitu was depressed due to a prolonged marital dispute with her husband and the in-laws.

OC, Mango thana, Vinay Kumar said that the woman could have committed the suicide at the early hours of Tuesday, on the basis of the dead body's condition.

“In the morning at about 7 O clock, maid had come to deceased's flat as usual and pressed the doorbell. But despite repeated attempts Nitu Singh who used to stay alone at the flat did not open the door. After an inordinate delay in getting response, the maid informed the neighbours. The neighbours subsequently broke open the door to find her hanging from the ceiling fan. Then only the neighbours informed us,” said Kumar while talking to The Telegraph Online.

The OC said while recovering the body, the police found the suicide note in which she mentioned the background of her depressed life in details.

"The two daughters were initially staying with the deceased, but later on the deputy commandant had shifted them to a relative's house in Delhi before filing a divorce petition with the Jamshedpur court a year back. This pushed her into depression,” said the police officer.

The police have informed the deceased's husband and her parents about the suicide after shifting the body to the MGM medical college's mortuary for post-mortem.