Jharkhand rules out reduction in rates on petrol, diesel

Our rate has been the same since 2016, and the price is lower than in neighbouring states, notes state finance minister Rameshwar Oraon 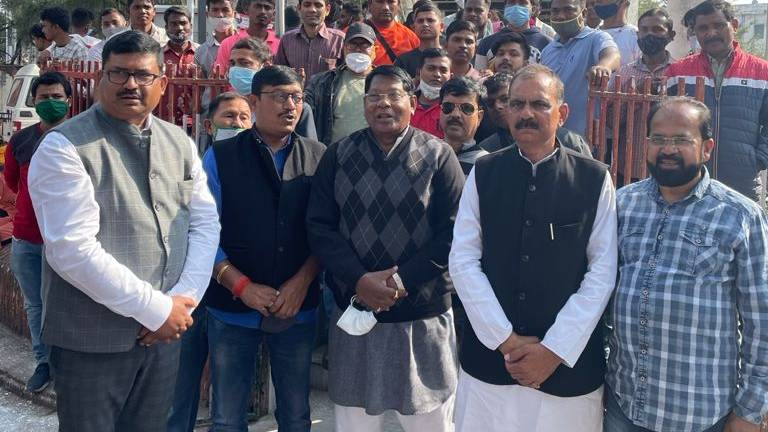 Jharkhand finance minister Rameshwar Oraon hinted on Monday that the JMM-Congress-RJD coalition government in the state would not reduce value added taxes (VAT) on petrol and diesel since prices were already lower here compared to neighbouring states.

Speaking to reporters in Doranda during a function to commemorate the 66th death anniversary of Dr Bhimrao Ambedkar, Oraon said, “Before making any demand, we should first understand the ground reality of petrol and diesel prices in our state compared to neighbouring states. In Bihar, petrol is Rs 104 and diesel is Rs 98 (per litre). In Bengal, petrol is Rs 108 and diesel is close to Rs 92. So is the case in Odisha. In our state, petrol is sold at Rs 98 and diesel about Rs 91."

Without directly mentioning or criticising those who were demanding a reduction in VAT, he said, "When the Narendra Modi government took charge in the Centre in 2014, tax on petrol and diesel was 9 per cent. It has increased it to 30 per cent today. Therefore, the entire onus of reduction of petrol and diesel prices solely rests with the Centre. "

He noted that Jharkhand continued with its 2016 rate of 22 per cent VAT on petrol and diesel. "When we haven’t increased prices, where is the question of reduction?” he said.

Last week, the Jharkhand Petroleum Dealers' Association threatened to hold a day-long strike on December 21 demanding a reduction in VAT from 22 to 17 per cent. It also submitted a memorandum to Oraon at his office. The Opposition BJP is also mounting pressure on the state government, by organising demonstrations, to reduce VAT on petrol and diesel.